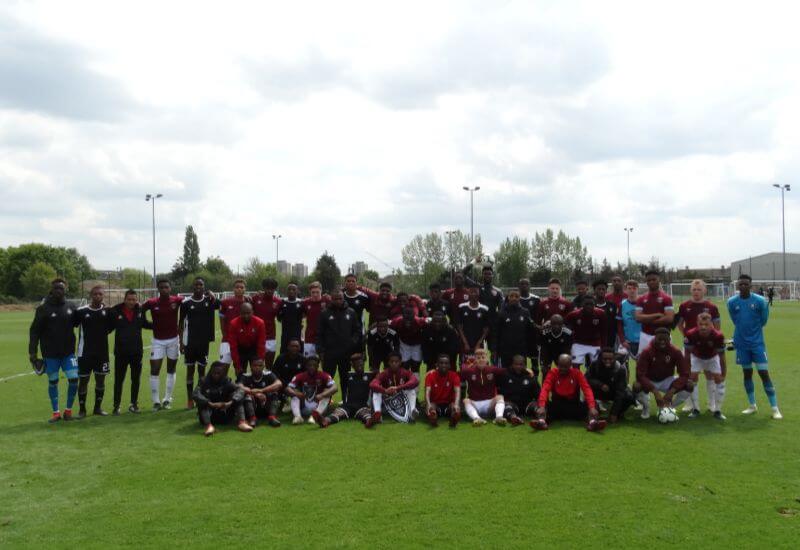 West Ham United Football Club is synonymous with English football development, with some of their players having gone on to become the biggest stars in the game.

The production line at Chadwell Heath has contributed multiple Premier League and European club competition successes in the form of Frank Lampard, John Terry, Rio Ferdinand and Michael Carrick, who went on to become instrumental to the golden ages of Chelsea and Manchester United.

On a national scale, the jewel of England’s football crown – the FIFA World Cup – could also arguably be claimed as being extracted and polished on the hallowed surfaces of what is affectionately known as The Academy of Football. Bobby Moore, who captained England to their first and only World Cup triumph was a Hammer, while the scorer of the only hattrick in the history of FIFA World Cup Finals (despite the rebuttals in Germany), Sir Geoff Hurst, also donned the famous Claret & Blue colours.

With the aura around the training ground, and with current stars Jack Wilshere and Angelo Ogbonna in attendance, the Project X team took to field in their fourth match of the tour against the West Ham U23’s on Tuesday afternoon.

The visitors were slow to get out the blocks and found it hard going against a well drilled and physically imposing opponent. With the sun shining warmly on the immaculately prepared surface, West Ham would begin to dominate proceedings through Noha Sylvestre and Mesaque Dju who pulled the strings in midfield and out wide respectively.

The diminutive Azola Tshobeni, who started his second game of the tour had a difficult time in midfield as he looked to force his way forward through a compact United setup, coming up short against the towering Conor Coventry who was always a step ahead of him. It brought on the changes from the bench, as Lethabo Mazibuko offered width down the left, which pinned the West Ham midfield deeper and allowed Tshobeni a little bit more freedom to play.

West Ham would break the deadlock however in the 9th minute when PJX were caught on the transition. While playing out from the back, Thabiso Sesane’s errant pass left Caio Marcelo under pressure from Louie Watson. The young Republic of Ireland international pounced on the error before rounding Katlego Ramonyai before knocking a cross to the far post for Anthony Scully to head home.

It was all West Ham from there as they continued to knock on the door, with PJX rarely getting respite from the threat. However, the visitors would go into the break trailing 0-1.

The second half saw a much-improved Project X performance, as they began to hold on to the ball a bit better. The movement was more assured and the higher tempo pushed the home side deep into their defensive third and allowed for the likes of Lethabo Mazibuko and Bonga Maphumulo to get further forward down the flanks. Mazibuko managed to get his foot through the ball as he fired at Dan Jinadu in goal, but the keeper did well to turn his effort wide and gather at the second attempt.

West Ham would turn the tables on Project X once more as Xande Silva began to impose himself on the centre backs, with Marcelo being up for the physical challenge posed by the Portuguese striker who has seven goals in six appearances to his name.

It would take until the 64th minute before West Ham would increase the lead after reacting quickest after Kgotso Mpeke was caught in possession out wide and conceded a throw-in. The setpiece was quickly taken, forcing PJX into a 1-v-2 in defence. Sibusiso Ngwenya rushed out from his line to close down the angle but was beaten for pace, before the ball came back across goal to an unmarked Mesaque Dju. The speedy forward turned Mpeke, who had tracked back to cover him, before firing at goal with both Marcelo and Maphumulo stranded on the line.

The match would end 2-0 to West Ham, and The Tourists would suffer their 2nd defeat in consecutive games, with one more match to be played.