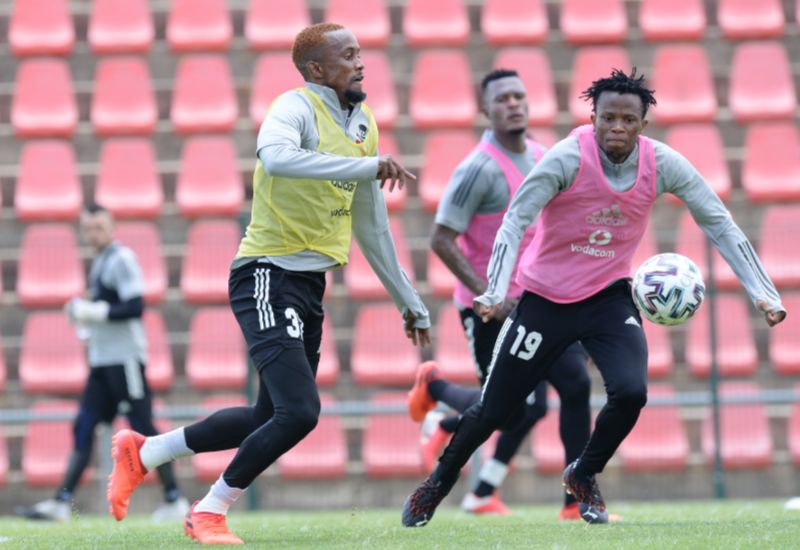 Midfielder Linda Mntambo has got accustomed to his role as an impact player from the bench, but when the call came for him to slot into the starting eleven, what ensued was a standout performance.

The 31-year-old delivered a solid display in the first leg of the CAF Confederation Cup playoff tie against Jwaneng Galaxy in Gaborone last Sunday, capping it with a stunner of a goal, which doubled the Buccaneers' lead en route to a 3-0 victory.

For Mntambo, having to play the waiting game was in line with his character, as he describes himself as a very patient person.

"I have to give thanks to the coaches for giving me the chance to start and trusting me to deliver in a CAF fixture, which was such a crucial game," the player told Orlandopiratesfc.com in an exclusive interview.

"As for myself, I'm really happy that all the hard work I've been doing on the side is really paying off, along with the patience that I've been having.

“I'm a person who is always patient, I always wait for my time, and when the time came, I'm happy that I was able to deliver a good performance. To top it up with a goal was just a bonus."

Mntambo also credited his teammates for their showing in the Botswana capital, which ensured that the Soweto Giants held a healthy advantage heading to their home leg of the tie.

According to the man known as "Figo", it was important for the team to do well away from home in order to give themselves a chance at prevailing in the tie.

"The victory was important, especially playing against a team we did not know much about," he added. "There hasn't been any league football in Botswana, while they have probably been following our games."

Going into the second leg, Mntambo says the team is aware of the dangers of resting on their laurels.

"It's not over," he warned. "We still have the second leg to play. They are likely to come hard at us and will be looking to rectify their mistakes from the previous leg.

"Being three-goals up puts us in a good position, but we still have to keep the same mentality, keep the same hunger, and make sure that we win.”

The second leg of the tie will take place at Orlando Stadium on Sunday afternoon at 17:00.