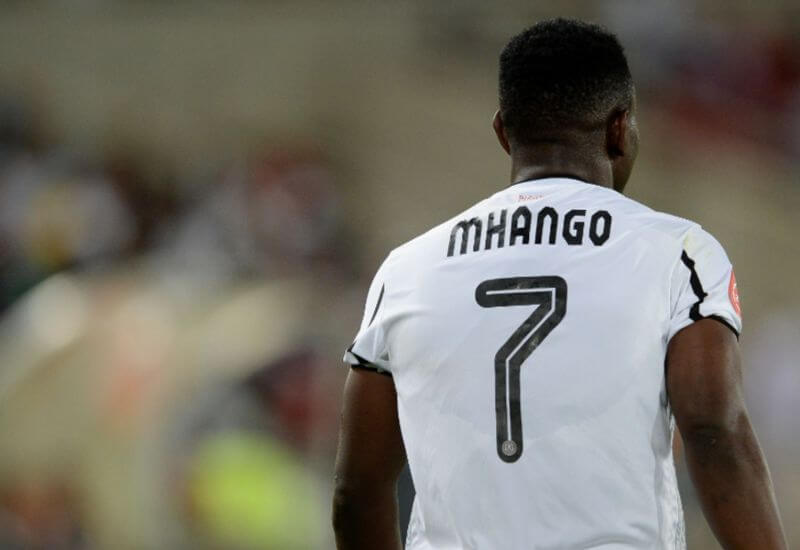 Gabadinho Mhango has remained grounded after his Man of the Match performance last night.

The Malawian international hit his treble in Orlando Pirates’ 4-1 thumping of Polokwane City; becoming the first Pirates player since 2016 to achieve this feat. A record last held by Tendai Ndoro who scored three against Golden Arrows on August 24.

With his hat-trick, the Malawian international moves to the top of the goal scoring charts in the league with ten goals - moving one ahead of Highlands Park attacker Peter Shalulile.

“I am happy with last night’s performance,” revealed Mhango. “This is just the result and performance we needed. We really got stuck into giving a good performance, very intense from front to back.

“We worked so hard and moved the ball well particularly in the first half but most importantly, we went home with all three points.

“On a personal level I am very pleased to have scored a hat-trick, as an attacking player goals is what we live for. But there’s no time to relax, we need to stay grounded and not get ahead of ourselves. We have important games lined up this month. We need to try build on last night’s performance and produce some consistent results.”

The Buccaneers will next lock horns with Mamelodi Sundowns at home on January 15th, and then Highlands Park three days later before closing the first month of 2020 against AmaZulu on the 25th.