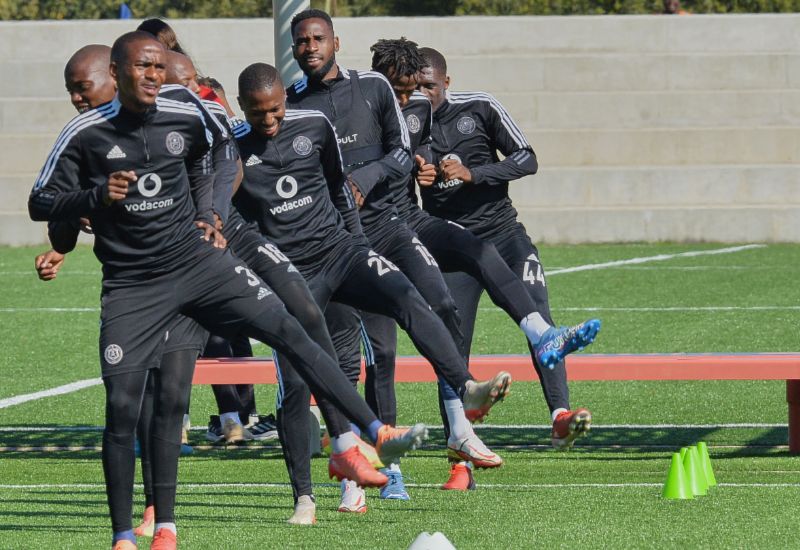 South Africa begin their bid for a spot in the 2023 Africa Cup of Nations (AFCON) tournament to be held in the Ivory Coast early next month, locking horns with Morocco and Zimbabwe.

In his initial 38-man squad, the Belgian mentor has included defender Innocent Maela alongside midfielders Thembinkosi Lorch and Fortune Makaringe, who all return to the fold after some absence from the national setup.

Lorch last featured in national colours in November 2019, and has forced his way back with some stellar performances, following a couple of lengthy injury spells. So has Maela, who has been an influential presence for the Buccaneers in the knockout rounds of the CAF Confederation Cup, having enjoyed some regular game time on the left side of the defence.

Meanwhile Makaringe is in line for his first international cap since featuring for South Africa in a Friendly against Paraguay in 2018.

Broos has also retained the three Pirates players he called up for the previous FIFA break, with Bandile Shandu, Goodman Mosele and Thabang Monare all making up the rest of the Bucs contingent in the squad.

The Bafana coach is expected to name his final squad next week, with the first qualifier taking place on Thursday, 9 June away to Morocco before his troops host Zimbabwe at FNB Stadium on Monday, 13 June.