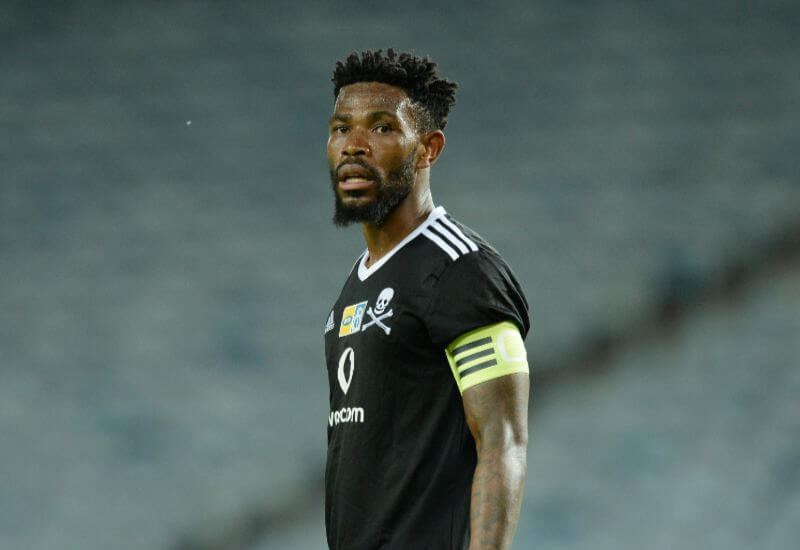 Defender Thulani Hlatshwayo has the opportunity of a lifetime this coming Saturday, with the prospect of lifting a trophy in Buccaneers colours, just months after signing on the dotted line.

The Buccaneers will contest the MTN8 Final on Saturday, facing Bloemfontein Celtic at Moses Mabhida Stadium.

The 30-year-old has been an instrumental figure in the Soweto Giants' path to the last two, as part of a solid defensive structure that has not conceded a goal so far in the tournament.

In an exclusive interview with Orlandopiratesfc.com, he revealed that reaching this stage of the tournament was already an honour.

"It's a huge honour to be in this situation where one can contribute to the rich history of the Club," said Hlatshwayo. "It's my first season here and we are already in a cup final."

Playing in a final and going all the way will not be an entirely new experience for the man known as Tyson, who has hoisted aloft a few trophies at his previous club, Bidvest Wits.

Asked about the prospect of stepping into the big stage in Pirates colours, Hlatshwayo said he does not expect the pressure that comes with the occasion to be too different to what he is used to.

The final pits the Buccaneers against a team they have faced already in the ongoing campaign, beating them 1-0 in their backyard in an earlier league fixture.

Hlatshwayo has stressed the importance of not underestimating Phunya Sele Sele.

"There are no longer any big teams in the PSL, and Celtic is a team we should respect because they've already been in a final - against Sundowns in the Nedbank Cup. They're capable of reaching finals. For us, having had the run that we've had, we have to make sure that we finish the job."

In what is Pirates' first final under the “new normal” brought on by the COVID-19 pandemic, Hlatshwayo concluded by adding that it would have been ideal to have the passionate Ghosts cheering the team on Saturday.

"Obviously, we would love to have them in the stands, because they have been supporting us by watching us on TV. Looking towards the final, they should just make sure that they keep us in their prayers as they watch us on TV and just rally behind us."