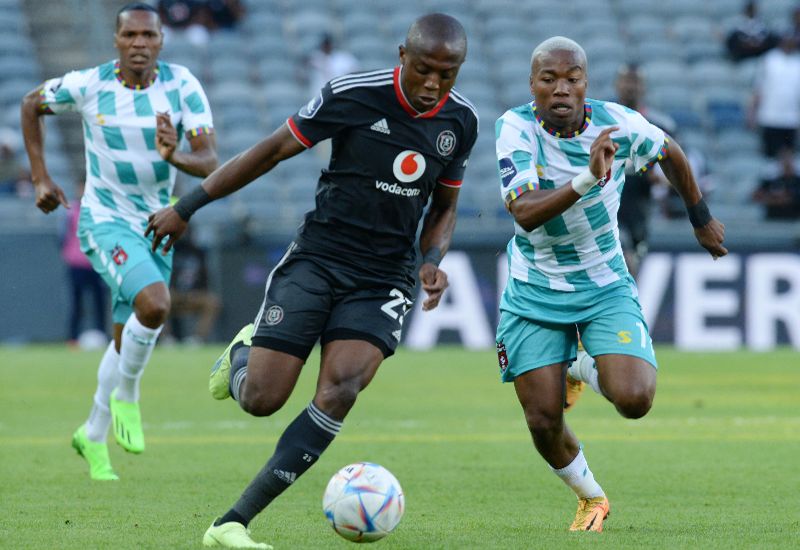 Two first-half goals were enough to hand Orlando Pirates a comfortable 2-0 over TS Galaxy as the two sides squared off at Orlando Stadium in a DStv Premiership clash on Saturday evening.

Back from two consecutive games on the road, the Buccaneers were looking to bounce back after defeat on their most recent outing.

A bright start from the visitors saw Richard Ofori called upon early to stop a threatening attack involving Bernard Parker and Lifa Hlongwane.

Despite the early initiative from Galaxy, the breakthrough came at the other end of the field where Zakhele Lepasa found himself in acres of space after skinning Tshegofatso Nyama down the flank before his right-footed shot at goal caught a slight deflection on its way to the back of the net with just six minutes on the clock.

Galaxy defender Given Msimango had a chance to level matters soon after as the visitors were handed a free-kick well inside Bucs territory, but his header from inside the box bounced just wide of the target.

It was a similar situation at the opposite end, where Tapelo Xoki got on the end of a teasing ball from Kabelo Dlamini before sending his header into the side-netting.

The Buccaneers were dominating possession for much of the opening half-hour, and doubled their lead in the 37th minute when Lepasa popped up just outside the box ahead of expertly chipping the ball over the head of Melusi Buthelezi to double his side’s lead.

In retaliation, the Mpumalanga-based outfit had opportunities to pull one back, mainly through set-pieces, but the Bucs defence held firm amid the threat.

After emerging from the tunnel, it was the Rockets who had the brighter start to the second period, causing a few problems from the home side but without many clear-cut opportunities.

A chance fell to the Buccaneers with just a quarter of an hour to go, as late sub Paseka Mako was played in by Deon Hotto just before skying his shot wide.

A late free-kick could have seen Pirates go three-goals clear, with Bienvenu Eva Nga just a second late to the ball after being played in by Dlamini, but that would not affect the outcome as the Soweto Giants claimed a second successive league win over Galaxy to climb up to the top of the standings.