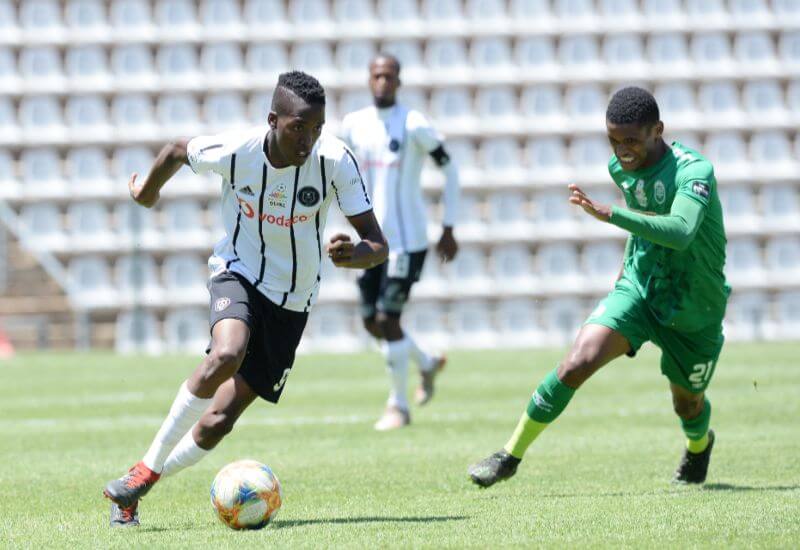 Orlando Pirates Reserves completed a league double over AmaZulu in the Multichoice Diski Challenge (MDC), claiming another 1-0 victory over the KwaZulu-Natal side at Rand Stadium on Saturday afternoon.

A second half goal taken from the spot by Sifiso Luthuli was enough to ensure the home side the much needed 3 points.

After suffering a disappointing 3-1 defeat away to Maritzburg United last week, Head Coach Glen Salmon and his Assistant Mandla Qhogi made a few changes to their 18-men match day squad that saw one of the twins, Simiso Bophela drop to the bench, while Kagiso Madisha missed out due to an injury.

Once more, the first 45 minutes went by with neither side finding the breakthrough, despite attempts at either end.

The introduction of Simiso Bophela in the second half saw the young Buccaneers create more spaces going forward. The deadlock would eventually be broken at the hour mark when the referee awarded the home team a penalty after a Amazulu handball was conceded.

Sifiso Luthuli proved once more that he is one of Pirates' go-to men at this level and made no mistake from the spot sending the AmaZulu goalkeeper in the opposite direction.

Salmon’s charges produced a better display in the second half but as was the case in the previous encounter between the two sides, a solitary goal was all it would take to force a result, which was once again in favour of Ezimnyama Ngenkani.

This leaves the Buccaneers in a good position to close the gap on the top two - Mamelodi Sundowns and Bidvest Wits - who face off on Sunday, while the Bucs head to their last match of the year on the 15 December 2019 in Nelspruit.