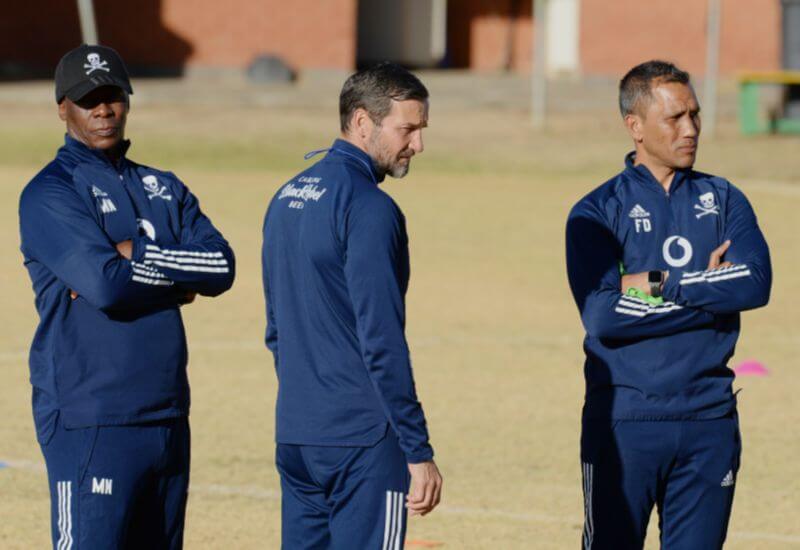 A must-win game greets Orlando Pirates first-up at the start of the 2021/22 season after being drawn with their oldest rivals Swallows FC in the quarterfinals of the MTN 8.

The Buccaneers' title defence begins at Orlando Stadium, with the game kicking off at 18:00.

The all-too-important fixture is a rekindling of what is termed “The Original Derby”, pitting together two of South Africa’s most iconic clubs.

Looking ahead to Pirates’ first hurdle in their pursuit for back-to-back titles, Assistant Coach Fadlu Davids emphasized the importance of starting the season on a high.

“It is very important for us to start well,” he told Orlandopiratesfc.com. “We set the bar high for ourselves by bringing the title home last season. We have to build on that.”

The two sets of squads are well acquainted, following two league draws on Swallows’ return to the top flight in the previous season.

What was an impressive season for the Birds can partly be credited to a stubborn defence, something Davids believes will carry on to the first cup fixture between the Soweto rivals in over half a decade.

“It’s going to be a tough game. It’s tough to break them down, but it’s up to us to dislodge their defensive structures and score goals.”

With both clubs amongst the busiest in the ongoing transfer window, some new faces now stand a chance to take part in the Original Derby.

Davids has noted that the new signings in the Bucs' camp have adapted well to their new environment.

“The new guys have gelled well with the rest of the group. They’re doing really well in training and I’ve really been impressed by that,” he concluded.