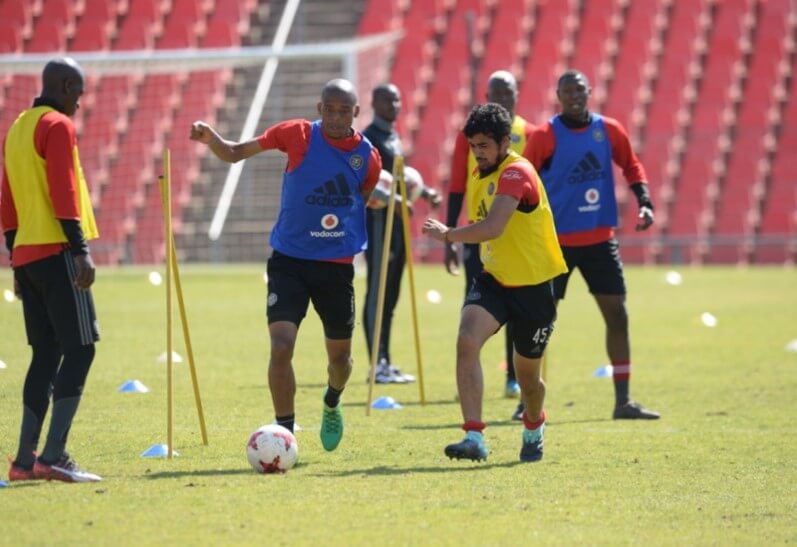 Defensive stalwart Happy Jele looks set to miss the restart of the Absa Premiership when Orlando Pirates host Platinum Stars at the FNB Stadium on Wednesday.

The 30-year old suffered a knock to his Achilles tendon and is currently receiving treatment with the strength and conditioning team however, as it stands it looks like Jele will not be ready in time for the match on Wednesday.

According to the Bucs medical team, the centre back is still experiencing some discomfort and as a result he will continue working on his rehabilitation.

Meanwhile, defender-come-midfielder Gladwin Shitolo continues to work his way back to full fitness after suffering a minor setback after picking up an injury in a friendly match last week. Shitolo has been out of action for most part of the season due to a muscular injury.

According to Stephan Plummer, rehab specialist, “Shitolo is scheduled to start his final phase of rehab this week. He received a bad knock to his quad in the friendly game last week (7 October). We have been focussing on physiotherapy for the past week.”