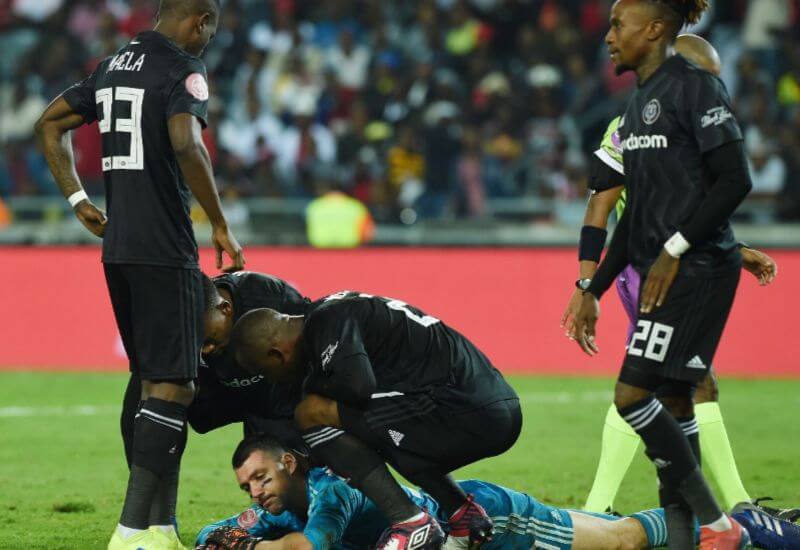 Interesting as it may have been, the Absa Premiership encounter between the Mighty Buccaneers and the Brazilians was not without it’s fair share of casualties particularly on the side of the home team.

Orlando Pirates were forced to make two changes in the match with goalkeeper Wayne Sandilands and midfielder Luvuyo Memela picking up injuries.

Whilst both players will still undergo further assessment to determine the full extent of their injuries the Bucs medical team was able to reveal to Orlandopiratesfc.com that Sandilands was forced off after feeling light-headed as a result of loss of blood following his clash with Downs defender Wayne Arendse.

Despite the efforts of the doctors stitching up Sandilands’ wound, the goal minder struggled to finish the match and was later forced off the field after complaining to the medical team.

Meanwhile, Memela suffered a nasty gash above his knee following a clash with captain Hlompho Kekana. The gash was too big to stitch up quickly for the player to return in time hence the decision was taken to substitute the player.

Orlandopiratesfc.com will provide more details on these injuries later in the week.