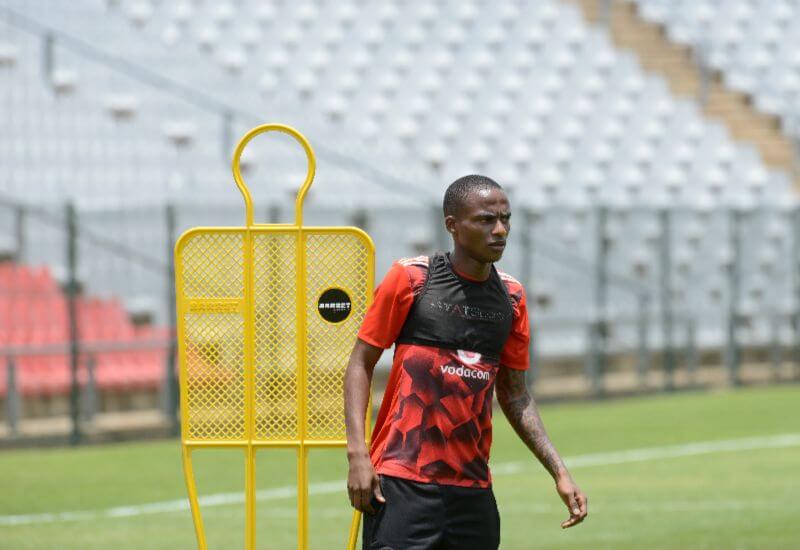 The Orlando Pirates technical team have suffered a major setback for their remaining three Absa Premiership matches with one of their star players Thembinkosi Lorch having suffered an injury setback.

Lorch who has been one of the key players in Pirates’ run of 2018, was substituted at half time in the 2-1 win away to Amazulu after suffering a shoulder injury.

The 24-year old will see a specialist to determine the full extent of the injury. Lorch suffered a similar injury last year in Pirates’ goal-less with Highlands Park ironically, on April 15 - the same day of his recent injury.

Last year, Lorch was forced to undergo surgery and as a result he missed the remainder of the season. Orlandopiratesfc.com will provide further details in due course.

Meanwhile, in other injury news, full back Mthokozisi Dube is nearing full fitness after undergoing treatment for his injury. Dube will be monitored for the next couple of days before being cleared to train fully with the rest of the team.

Rest of the Injuries:

On the Reserves side:

Thabiso Monyane is undergoing treatment on his hamstring. The positive news for the speedy attacker is that there were no signs of pain following his latest battery of tests. He is currently working on reducing the stiffness in the muscle and getting back to a comfortable running pattern. He will be assessed once again at the end of the week.

Leading SAB marksman, Zakhele Lepasa, who has been out for two games following a knock to his knee has progressed in his recovery. His kicking and stability has increased, and there is no pain in his running. He underwent a manual muscle test with minimal pain and no laxity of his knee ligaments. A good sign as the SAB side chases down the title with three games to go.

Saketso Moremi, sustained an ankle injury in the Multichoice Diski Shield match against Bidvest Wits, after taking a knock on the medial side of his talus bone. The swelling has since reduced on his bone and ligaments and he now has a full range of motion with slight pain when stepping. He has started jogging and will resume light training with the rest of the team during the week.