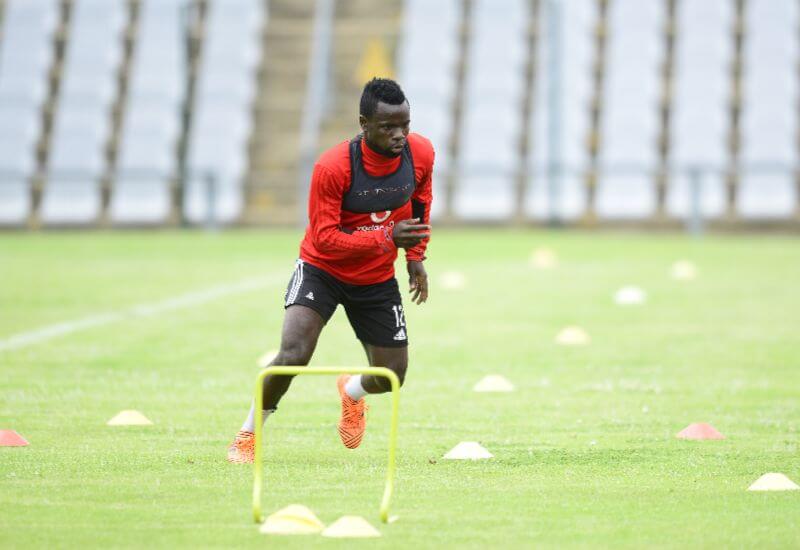 The Buccaneers have been hit with a mini-crisis in the goalkeeping department with two of the three goal-minders in the Bucs medical room and not on the field.

With six days to go before Orlando Pirates are back on the field to play Bloemfontein Celtic, the medical team has a task on their hands to ensure that either Wayne Sandilands (finger) or Jackson Mabokgwane – who recently sustained a groin strain, is ready in time for the Absa Premiership clash against Siwelele.

According to the Medical Team, Mabokgwane is making good progress and is currently undergoing rehabilitation with the Strength and Conditioning department. Meanwhile, Sandilands who has returned to some level of group training, is still at least 2-3 weeks away from making full recovery from a broken finger.

Meanwhile, in other injury news, midfielder Bernard Morrison is currently undergoing rehabilitation for a groin strain. The Ghanaian has not been training with the rest of the squad as he has been experiencing some pain and discomfort in the affected area.

On the Reserve side, Zakhele Lepasa who has been in red-hot scoring form for the SAB side is also undergoing assessment and rehabilitation following a knock on the knee sustained in the Bucs’ victory over rivals Kaizer Chiefs over the weekend. The positive news is that he has been training with the team as they prepare for the next match against Inqaba on the 8th of April.

Thembinkosi Lorch - 100 Not Out
Read More
HAPPY JELE: A CALL TO ARMS
Read More
Vote for your legend
Read More