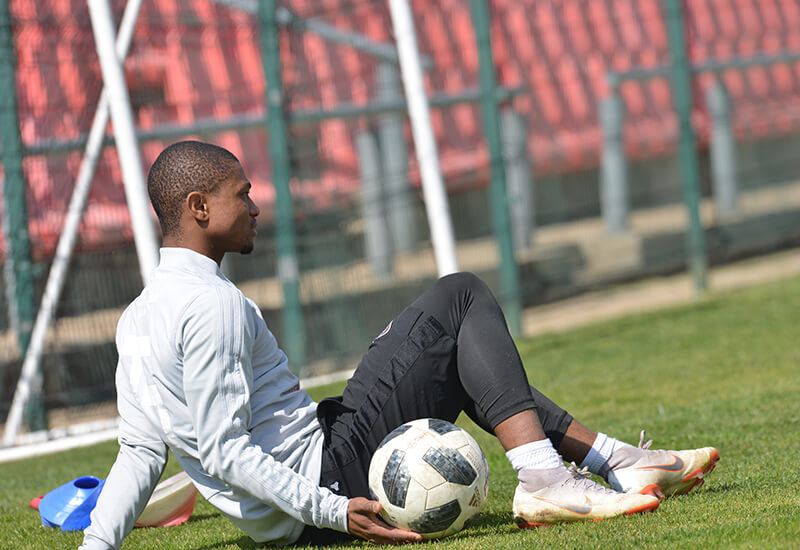 The Strength and Conditioning team has worked overtime to put an end to the club’s long list of injuries and get the players match ready. However, with the busy fixture schedule as evidenced by the past block of matches where the team had three games in eight days. It’s almost inevitable that some knocks and bruises are bound to occur.

Thabo Qalinge who is currently on stage two rehabilitation focused on game specific agility, 1 vs 1, groin strengthening and body balance work over the previous week. The emphasis has now shifted to increasing his left hip flexor strength which is part of the focus for this week. As part of his rehabilitation training program specifically tailored for him, he participated in a friendly match on 23rd September 2018.

Here is an update injured players:

Ntsikelelo Nyauza: Suffered a knock to his foot during the match against Baroka FC, he is being treated symptomatically and will be re-assessed in the course of the week.

Thabiso Kutumela: Was diagnosed with fibrosis of his right quad, sustained during training on Tuesday 18 September 2018, he received physiotherapy and has recovered. He is currently under the care of the strength and conditioning team.

Meanwhile, Gladwin Shitolo and Innocent Maela have sustained minor knocks but should be available for selection ahead of the league match against Golden Arrows next week.