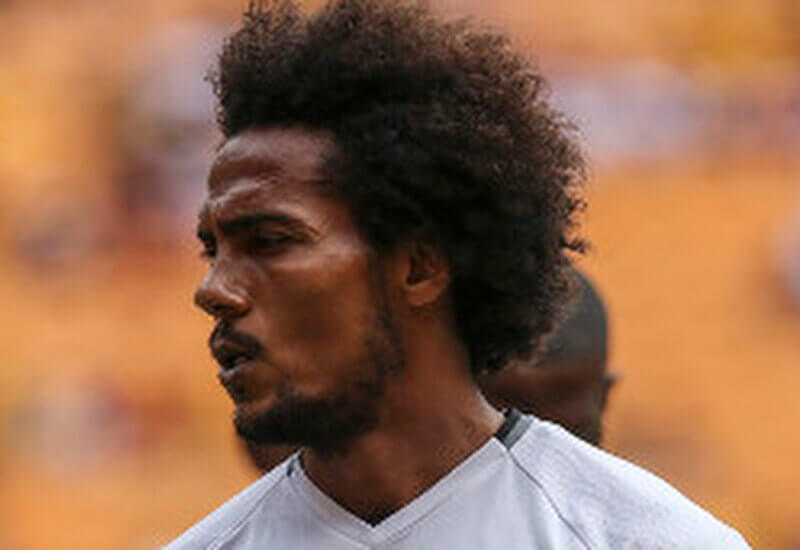 Issa Sarr says he is delighted to be back in action. This after the Senegalese international put in a full shift in Orlando Pirates’ recent match against EC Bees in the Nedbank Cup.

Sarr, who has been out with an injury for over month has seen little action in 2017 barring a few cameo appearances in recent matches, spoke to Orlandopiratesfc.com recently about his emotional journey from injury room to a packed Dukashe Stadium.

On his return from injury

“It’s not easy to come back early from a hamstring injury but I have to give credit to our medical team. They really took care of me and helped me to get back as soon as they possibly could. As a player, you never want to sit out due to an injury therefore I appreciate and respect them for the job they (medical staff) do.

“With regards to the match it wasn’t easy for me in the beginning because if you stay out of action for a long time, it’s always difficult so get back into the rhythm of things. The first 15 minutes were really hard but thankfully my teammates helped me during the game which in turn helped me through. I also drew a lot from my experience to help me play good football without over exerting myself. “I think the fortunate thing is that I pride myself on my fitness so that wasn’t really a problem but match fitness was an issue because it affects your decision making and general football intelligence. So yes, I was concerned over that after having being away from the action and that obviously affected my confidence which was lower than usual. I think my performance levels were between 80 - 90% and now I just have to work towards reaching 100% again.”

On team halting the winless run

“We are Orlando Pirates. The team may sign 30 – 40 players and they are all good. We must give credit to the other players and whether I am unavailable due to injury or selection I know that they are all capable and I salute their performance always; but having said that, coming back to the win against EC Bees - this was more about the player’s self-confidence than the opposition. The win has lifted my spirits and I know the whole team has benefitted a lot from this result as well. Obviously, we know that we still have a lot of work to do. The team needs to start registering some consistent performances and move up the log table. The supporters deserve it… they have been loyal and supportive at all times therefore we need to repay them for that.”

“Look, when things are not working, it’s easy to press the panic buttons and change everything. This usually leads to a situation whereby you go from one problem to another. What is important during this time, is to stay focussed and committed to the cause.

“There is no point in blaming each other or pointing fingers because this won’t fix the problem. We have taken this approach as players and have continued to work together to overcome the slump. We are a team after all, and we win and lost as a team.

This is Pirates, and there is history and heritage behind this club so its natural that when we stop winning the pressure mounts and if you don’t know how to handle the pressure it will just drive you further down.

“But we have been working hard to turn the tide and it started with us refusing to lose our matches leading up to this Nedbank Cup match. I think even the supporters can see the change in attitude in the. It is only in the bad times that you know who your friends are and I have to thank our supporters for their loyalty because that helped us turn the corner and they have helped us through this rough patch. It takes just one good result to turn the season around and this is what we have been searching for.”