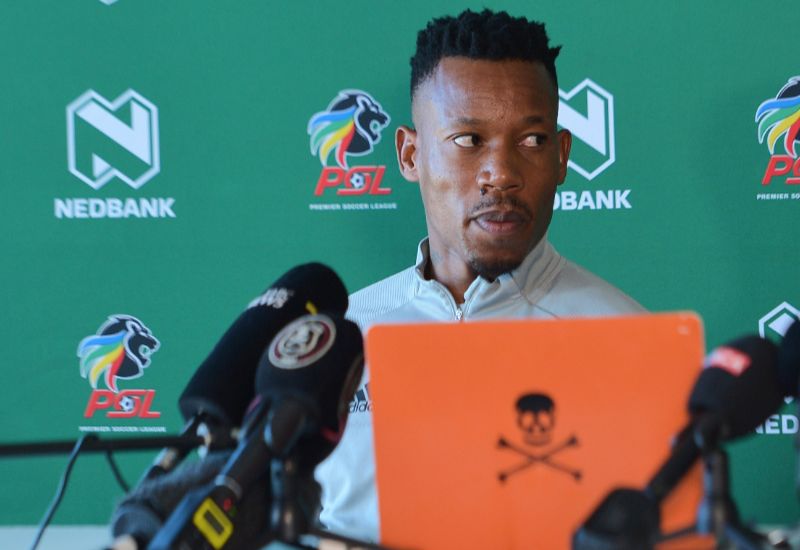 Whatever happened in the past will matter very little when Orlando Pirates visit defending champions Mamelodi Sundowns at Loftus Versfeld for the last Nedbank Cup quarterfinal on Thursday. That, in a nutshell, is the belief held by Buccaneers captain Happy Jele ahead of the mammoth task that approaches.

The two titans of South African football met earlier in the year, with the Tshwane Giants narrowly coming out on top in a league encounter.

Following a brief spell on the sidelines, Jele gathered vital minutes under his belt when he started in the CAF Confederation Cup Group A clash at home to Al Ahli Benghazi on Sunday.

With another big fixture on the horizon, the Bucs skipper believes the result at Orlando Stadium was a timely morale boost.

"To have been on the field and been part of Sunday's performance on my first game back is something that does bring some confidence," Jele told Orlandopiratesfc.com in an exclusive interview. "As a team, getting out there and building on that is something that we want to do in the next game. We just want to get out there and perform, and do our best for the Club."

The 34-year-old also added that the league result on their last visit to Loftus is something the team has moved past, and the upcoming encounter will be treated with its own merits.

"It's a different ball game, a cup game. Obviously, each team wants to proceed to the next round," he said of the colossal clash against Sundowns, which gets underway at 18:00 on Thursday.

"We're not going to be there just to show our faces. We're there to play as a team, fight for a positive result so that we can continue our run in the tournament," Jele concluded.