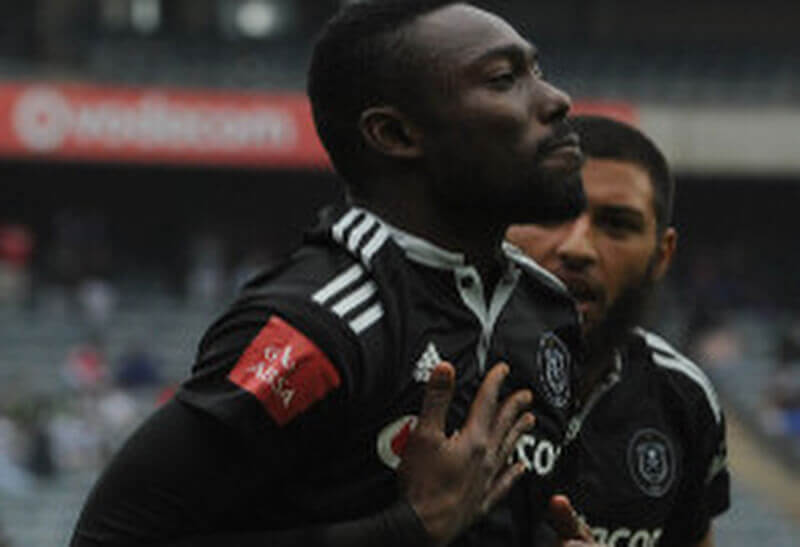 Orlando Pirates will play host to SuperSport United tonight and for Dave Wome it will be a match of mixed emotions as he faces his former employers for the first time since joining the Mighty Buccaneers in January.

Wome, who is currently on loan at the Club is set to lock horns with some friends when the two clubs lock horns at the Orlando Stadium.

In an interview with Orlandopiratesfc.com, the 25-year old spoke about the importance of collecting three points and managing his emotions against a side he has called home since 2014.

“The match against SuperSport United will be like any other match I have played for Pirates,” said the Togolese international. “I have nothing to prove against SuperSport United or anybody else. I have full respect for the team, this is where I have spent my last three years or so as a player but when I take to the field tonight, it will be more about what I can contribute towards the success of Orlando Pirates.

“It’s no secret that they beat us 6-1 in the first round but that’s in the past, for us it’s not about revenge. We will not approach this match with that kind of mind-set. This is a new match which requires a new approach and will present a new set of challenges therefore, our approach is to play our normal open game and try collect the maximum points on offer.”

Wome, who has settled surprisingly quickly in his new surroundings, has already netted twice for the Buccaneers. The skilful attacker has attributed his swift adjustment into the team to a positive spirit in the camp despite the poor results.

“The mood in the camp has been positive,” he revealed. “Usually when things are not going well, one would expect the morale to be low but the mood in the dressing room has changed, the team spirit is unbelievable. Everyone is motivating each other and we are all prepared to help each other out on the pitch.”

He added: “The coach (Kjell Jonevret) has been a breath of fresh air, he has worked hard on our confidence. All that is left for us is to ensure that we execute the mandate he gives us on match day. Like I said, the mood is great both on and off the pitch, we are united in our goal to fight and win for the Club and I think that will carry us through tonight.”