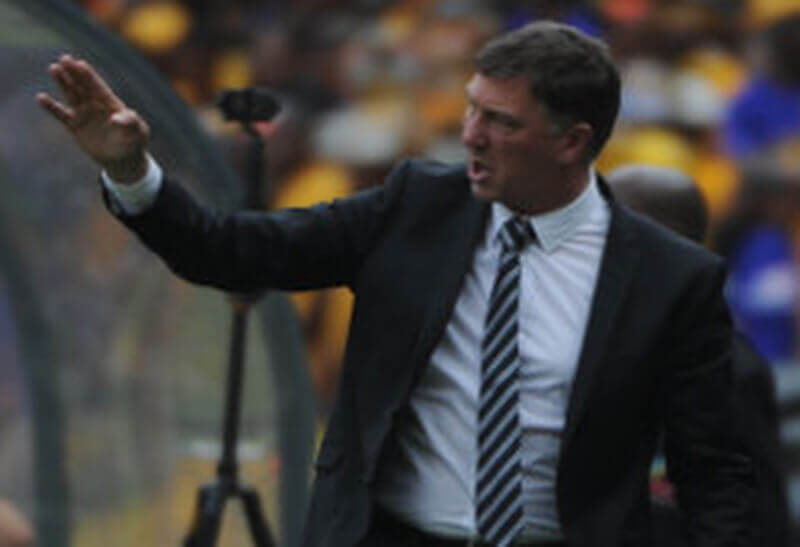 Head Coach Kjell Jonevret has praised his charges for their improved performance against arch rivals Kaizer Chiefs on Saturday but the Swedish mentor is not one to rest on his laurels and has called on his charges to continue building on their recent performances as they prepare for their home clash against SuperSport United on Tuesday evening.

“I was happy with the match, especially the first half. I think we were the better team at least for the first half but we seemed to tire somewhat in the second half. In the end I am happy with the performance from my players. They showed commitment and desire to win. But obviously we need to continue working hard….we have another tough game coming up against SuperSport United. We expect another tough match and we will have to be ready for whatever they will bring.”

“We are well and truly in the business end of the season which means that we will not have any easy games,” added Jonevret. “Every match will be tough and every match will require all of us to be focussed and disciplined.

“I am happy with how my players have responded to my philosophy and way of working since arriving at the Club. They’ve been very positive and as a coach I can only be pleased because its not easy to join a Club midseason and succeed in changing a teams’ mind set.

Orlando Pirates play host to SuperSport United on Tuesday evening. The match will be played at the Orlando Stadium.