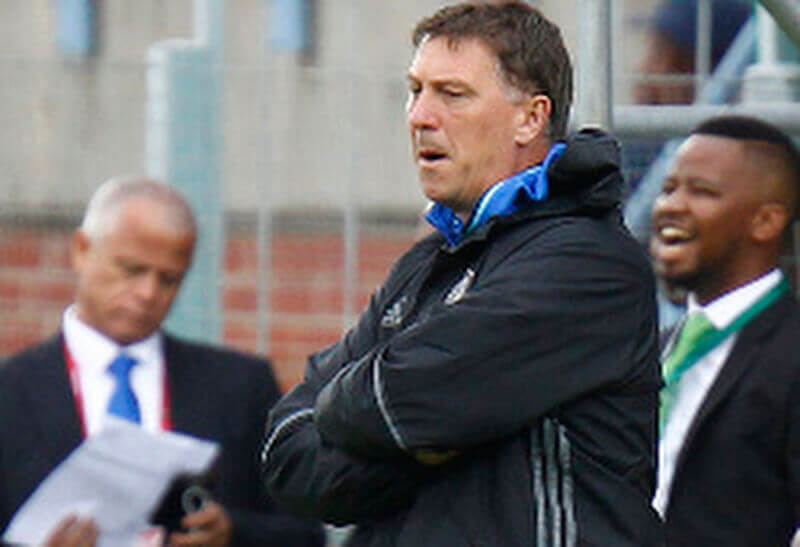 Head Coach Kjell Jonevret has lauded his players for the way that they have responded since arriving at the Club last month.

Jonevret, who oversaw his team register its first victory of 2017 and halt a winless run of twelve matches, in their 3-1 win over EC Bees, says that he is pleased with the mood in the Pirates camp.

“The win over EC Bees was a very important one for us for a couple of reasons,” said the 54-year old. “For starters, this is a cup competition and in cup competitions of this nature surprises can happen like was the case with Cape Town City and Ajax Cape Town. In EC Bees we faced a team with nothing to lose and everything to gain.

“For me it was especially satisfying because we have been playing good football for a while and although we have been collecting a point per game, I always felt that in most of the matches we deserved all three points. Since my arrival we played four games without losing and now we finally have a win and that’s because of the hard work our players and technical team have been putting in.”

Meanwhile, Jonevret also revealed his reasons behind giving Yusuf Maart a run in the Nedbank Cup match this past weekend. The self-confessed lover of youth football said he has been pleased with Maart’s conduct at training and wanted to give him a run.

“I like to give young players a chance when there is a possibility. Yusuf worked hard at training and was one of the guys I saw directly that he wants to go forward, he is positive in his approach and he is a hard worker. So yes, it was absolutely worth it to give him a chance, we gave him five to ten minutes but hopefully that will encourage him to work even harder. I think he has a bright future ahead of him.”

Pirates are due to play their next match on April 1 against Free State Stars. This means that the Club will be out of action for close to three weeks and Jonevret is planning to use this time effectively.

“Two and half weeks is a long time but it will do us good, we are going to have a tough couple of weeks of training. We have a chance now because there aren’t any fixtures so we can solely focus on training in the first week, then give the players a couple of days over the weekend to visit their families but it’s going to be even more hard work when they return.

“I think Jazzy Queen, Benson (Mhlongo) and myself have seen a lot more of the players now which makes it easier for us to work on all aspects of play. Our defensive organisation has improved a lot but it still needs work, we also have to work more on our set-pieces. I’m happy with our build up but we have to work harder on finishing so we can take advantage when we get to the final third.

“We have discussed more on how we want the team to look on the pitch, how we want to play and I think now we have a chance to decide better what to do with each player because I want to have the best out of every player in every game. So hopefully we can use this time to be able to better identify roles for the players,” he concluded.