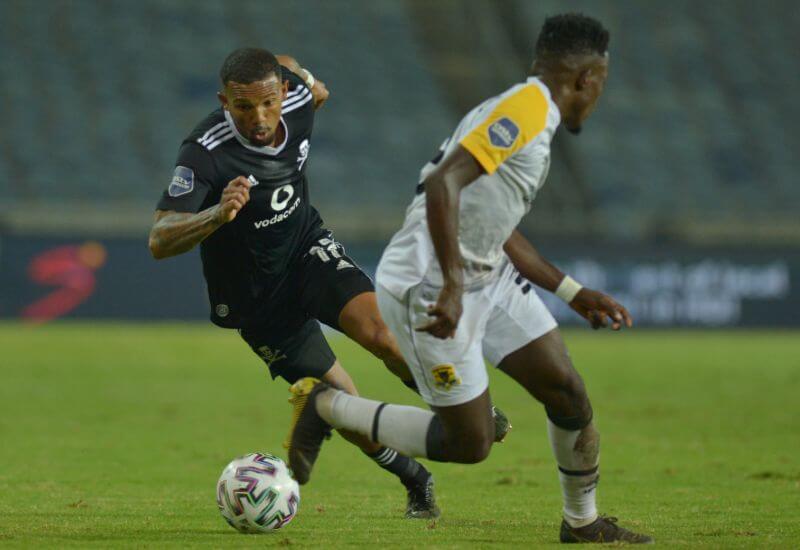 Defender Wayde Jooste became the latest Orlando Pirates player to bring up triple figures in terms of league appearances when he took to the field in the DStv Premiership match against Black Leopards at Orlando Stadium on Wednesday.

In a performance fitting for the occasion, the versatile wide man was crowned Man of the Match after providing the two assists that led to a Tshegofatso Mabasa brace, as the Soweto Giants completed a convincing 3-0 victory over Black Leopards.

Having made his PSL debut in Bloemfontein Celtic colours, the confessed lifelong Bucs fan was a starter in his 100th league game, which took place at the home of his beloved Club.

In what is still the early days of his Orlando Pirates career, Jooste has made 14 league appearances in a total of 22 matches across competitions.

Following his stellar showing at Orlando Stadium, the player reflected on his career in an exclusive interview with Orlandopiratesfc.com.

Congratulations on your Man of the Match performance. Were you always aware that it was your 100th PSL game?
WJ: [Laughs] I actually was. Good thing it turned out well.

When you played in the Bayhill Cup Tournament all those years ago, did you ever envision yourself playing in the country's top league?
WJ: I would be lying if I said I did. But by the grace of God, everything is possible.

Being originally from PE, and having played in the Free State, KZN and Gauteng, have you noted any big differences in adapting to the different environments?
WJ: I think there is a difference. Clubs are different. I think as you know, playing for a Club like Pirates is quite different from anything else. For example, there's more pressure.

And how does it feel donning the colours of the Club you grew up supporting?
WJ: It's a really nice feeling. The Club has so many supporters, and every time you go out to play, you know that you're doing it for people who love the Club so much.

You have spent some time on the sidelines this season, has that somewhat derailed what you had hoped to achieve in your first season at the Buccaneers?
WJ: I'd say 'yes', at the same time, I'll say 'no'. Yes, in the sense that I've missed out on a lot of games. That's obviously not something I wanted. But it's also made me stronger. For instance, tonight being my first start in a long time. It motivated me to want my jersey back. All that is left now is to hold on to it.

The season is in its final few weeks. What do you hope to still achieve, both personally, and for the Club as a whole?
WJ: Personally, I just want to play as much as I can in these last few games. For the Club, I hope we can climb as high as we can on the log. We're also still in the CAF Confed Cup, so there's a lot to play for there as well.