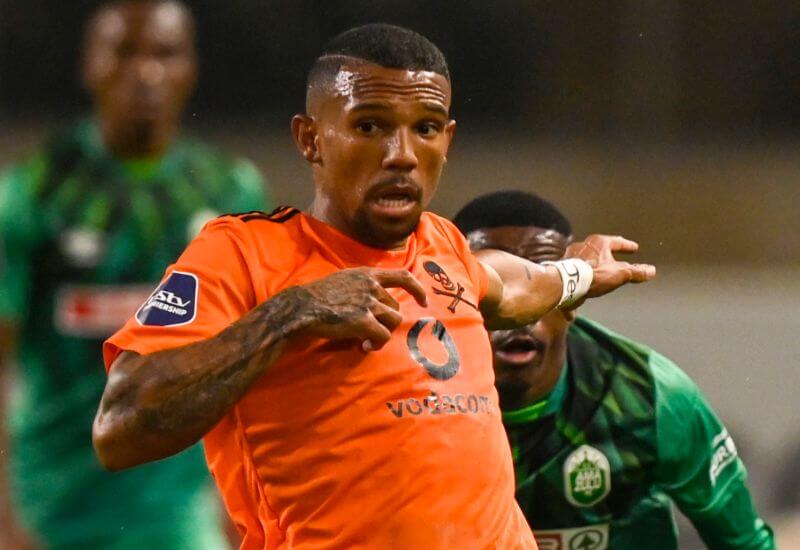 New signing Wayde Jooste is expected to undergo a late fitness test to determine his availability for the home DStv Premiership clash against Stellenbosch FC on Wednesday evening.

The full back experienced a minor discomfort in his legs during Bucs’1-all draw away to Amazulu this past weekend.

According to the medical team, the 29-year old’s injury is not serious, but he will still have to undergo the necessary tests to determine his availability for the clash against the hard-running visitors from Cape Town.

Meanwhile, Orlandopiratesfc.com can also reveal that Collins Makgaka sustained an eye haematoma after an accidental clash during training. He has swelling on his left eye which has been treated over the last three days.

Update on The Long-Term Absentees

Currently undergoing rehabilitation for the next couple of weeks before he can return to training with the rest of the squad.

Nearing a return to training after straining his hamstring during a friendly match at the beginning of the month. Sam is expected to start training with the rest of the squad next week.