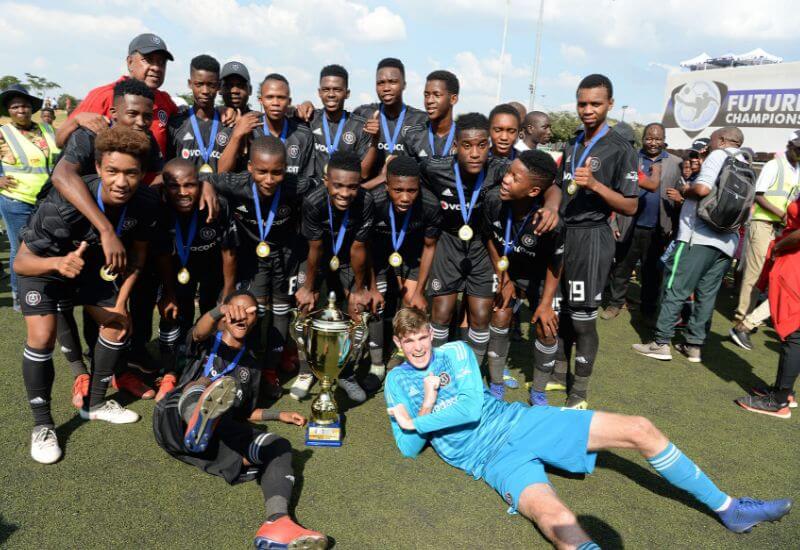 The Orlando Pirates u17 team defeated Spartak Moscow 8-7 on penalties after a 1-1 draw in the final of the Future Champs Tournament played at the Nike Centre in Soweto on Saturday afternoon.

With this victory the young Buccaneers become the first South African team to lift the trophy of the coveted youth tournament.Pirates are worthy champions of the tournament having defeated defending champions Club Brugge of Belgium along the way to reaching the final.

Pirates took the lead in a tense decider through Thabani Gumede, when he pounced on a loose ball after the Spartak defencefailed to clear Azola Tshobeni's effort.

However the visitors hit back in the second half when leading scorer Magomedemin Rabadanov jumped highest in the box to head in the equaliser. The goal was enough to send the game to the dreaded penalty shootout.

Both sides produced some excellent penalties, but in the end Pirates goalkeeper Blake Franzen saved two spot-kicks to give his side an historic trophy win.

Mexican side Club Tijuana, who were winners in 2013, finished fifth after they beat Kaizer Chiefs 2-1 in their playoff match.