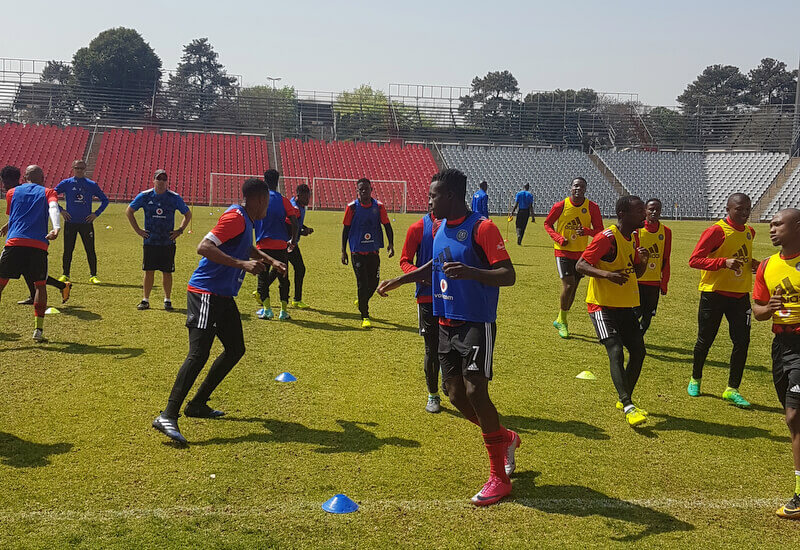 The Nedbank Ke Yona draft process has given two young footballers an opportunity of a lifetime, to participate in a one-month trial with coach Micho and his Buccaneers.

Through the Ke Yona team search, thousands of aspirant footballers from all over the country participate in various bootcamps with the culmination being their selection to the Final 18-man squad that faces off against the winners of the PSL's Nedbank Cup tournament.

Following the tournament, the 18 young players are put into a draft where each is assigned to a premier league club for a one month trial. Within that trial, the players are assessed at the highest level and in some instances, they secure contracts following successful trials.

In reaching the previous Nedbank Cup Final, the Club gained two trialists in the form of Mduduzi Khumalo, a 22-year old goalkeeper, and Elton Nhamuchua, a versatile 23-year old defender/midfielder from Orange Farm.

The duo, checked in to training earlier today and started with their physical assessments with the Strength & Conditioning team, before joining in the rest of the session.

We wish them well in their trial period.