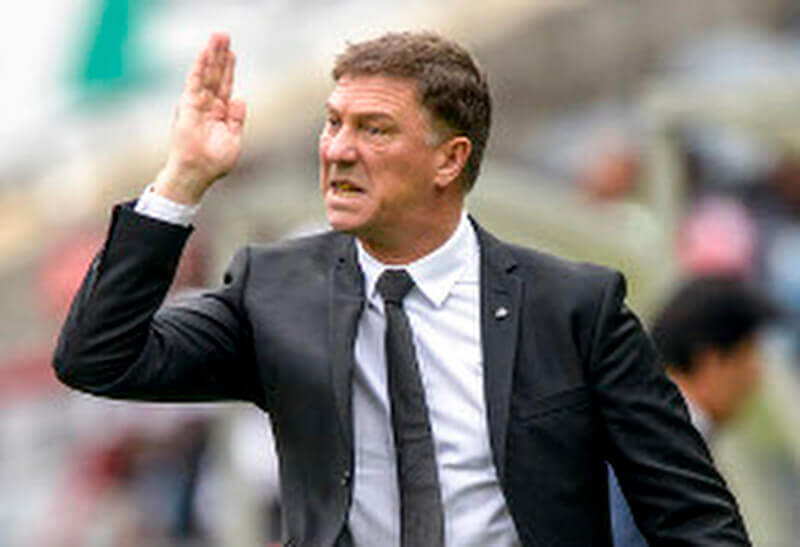 The entire SA Football fraternity waited with baited breath to see who would be unveiled as the new Orlando Pirates Head Coach, and when Kjell Jonevret was announced there seemed to be an instant liking to the man. Whether it’s his Swedish charm or his ability to make everyone around him feel at ease, what is clear is that we have a knowledgeable Coach is undaunted by the task before him.

It is no secret that the Buccaneers have found it difficult of late with a bad run of form which has left the Team winless so far in 2017. Jonevret, took it all in stride with his positive approach, he managed to take a seemingly insurmountable task and created his own silver lining.

We caught up with the Swede for what will be his first of many interviews with Orlandopiratesfc.com

Orlandopiratesfc.com (OPFC.com): Coach. Welcome on board the Bucs ship and all of the very best for what’s left of the season.

Kjell Jonevret (KJ): “Thank you, thank you very much”.

OPFC.com: Coach, you are virtually an unknown in these parts, coaching one of the biggest Teams in the country, what’s your take on that?

KJ: Look I know everybody is curious to know more about me, about who I am and that is understandable. I also came here without knowing much about the country or Orlando Pirates but when I looked at this team I found I was drawn here and I guess we will walk this journey of self-discovery together. But what I must mention is Pirates is big club that has achieved a lot and is internationally renowned so ofcourse it is an honour and a privilege that the Chairman has entrusted me with Coaching the Club.

OPFC.com: How was the preparation for your first match?

KJ: “We had about a week to prepare or three training sessions, obviously, there isn’t much we could have done in that short space of time but we tried to focus on the defence because we had to tighten things at the back”.

“But the bench for me is very important, especially when you are coming into a new team, new players and new environment. I have to admit I have been talking to them a lot on the players’ fitness, performance and form and they have weighed in with their support. I have also been talking to the players too on the how we have to play and just seeing what works”.

OPFC.com: Your first time on the bench?

KJ: “It was a little different, the players behaved differently to what I’m used to with the singing in the bus and in the locker room; I liked it. Even the supporters in the tribune were fantastic. I tried to look at them as much as possible”.

“But when the game starts it’s pretty much like a normal game, I was looking for details in our play, things like how do we play. I had mixed feelings after the match, I was happy with a few things that we worked on defensively. I thought it looked better than I expected because we only had three sessions to work together.”

“I think our problem was that there was no flow in the attack, even if we create enough chances to score more than one goal in the match. There was no fluidity so I had mixed feelings over the fact that we didn’t lose but we didn’t win either. I would love to win the first match but it was an ok start”.

OPFC.com: How do you hope to turn things around for the Team?

KJ: “We spoke about the results they were getting in the past because there are some really good football players in this group but many of them are low on confidence at the moment. The only thing I can do for now is to remind them why they love football, this is a fun sport and they are supposed to enjoy it. I told them to just go out and play for the love of the game”.

“You saw the last twenty minutes where they gave a little bit extra and just ran and played, we looked really good. Directly after the game we discussed a bit of the match because there were a lot of positives to take from their performance, we also showed them video analysis of the match today and showed them the negatives and the positives from the match and we can only grow and improve from that”.

OPFC.com: What do you hope achieve this season?

KJ: “I want to win, I hope to win and I can only do that if the players follow the plan. We will have a game plan for every match and situation we just need the players to believe in themselves. It is difficult but every day we give them positive reinforcement we focus on improving the positives and eliminating the negatives and I know we will get there as a unit”.

“This is a great team with a great legacy we still have a chance, all is not lost yet and we will surprise people at the end. It is pointless to speak of end of season positions right now but I can promise you this much we will fight to improve our current situation”.

OPFC.com: What is your Coaching philosophy or methodology?

KJ: “I think every house must have a good foundation and in football it’s important to have a defence that you can trust.

“We have to try to be well organised when we don’t have the ball but I also like a passing game, not too many long balls. I like to have the ball on the ground and chasing it. I want to win but it is also important to play attractive, pacey football. But the base has to be an organised defence we can’t continue leaking goals so we have to start there”.

OPFC.com: You have your toughest challenge in the upcoming Soweto Derby, how are you coping with the pressure?

KJ: “As a Coach you always have pressure but at the same time it’s what we are doing this week that will hopefully give us positive results over the weekend”. For me personally it’s fantastic, I have watched the Derby a few times because sometimes they broadcast it even in Scandinavia so it’s going to be great to be part of this one”.

“Kaizer Chiefs have been really good this season and are probably favourites going into this one whilst Pirates find themselves in unfamiliar territory of being under dogs. But the Derby is a special game, anything can happen, it has nothing to do with form or log standings. The Derby has its own life and I can only marvel over the possibilities but for me there is no pressure over the result because so far this season has been the better team and I think the pressure is all on them to deliver”.

OPFC.com: That’s great Coach. Before we release you, is there anything you would like to say to the Ghost?

KJ: “I felt there was not too many supporters on Saturday but the ones that were there were fantastic. I just want to tell them that they have an important role to play. It’s going to be important for the Club, players and supporters that we do this together now. The 12th man can sometimes be the most important player on the team and we really need them now”.

OPFC.com: Thank you once again for your time Coach and all of the best for the Soweto Derby