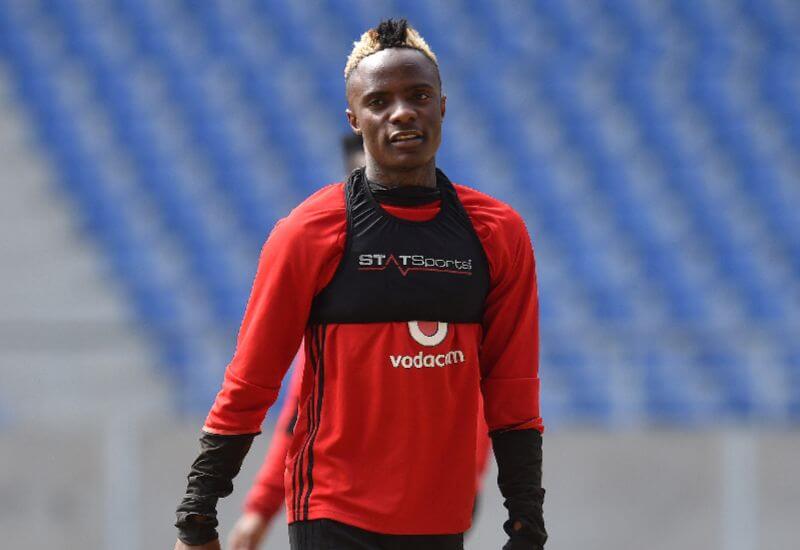 Kudakwashe Mahachi is one of the marquee signings for the Club who was announced along with eight other players less than a month ago. After years of speculation that he was a possible target, Mahachi is finally a crew member aboard the Bucs ship.

A quiet and soft-spoken person by natureat, Mahachi opened up to Orlandopiratesfc.com and spoke about his experience so far.

THE ANNOUNCEMENT AND ARRIVAL

“Firstly, I would like to thank the Chairman and the coaches for giving me an opportunity to come and play for this big team. It is definitely a dream come true for me because I feel that playing for this Soweto Giant is the pinnacle for any footballer.”

“I’m feeling happy because the welcome has been great. It is a huge transition coming from a small team to a big team and it takes a bit of time to understand because there is a huge difference in approach. We train differently, we prepare differently and the overall level of professionalism is amazing. Not only do we analyse the opponent which is the norm but we also have to analyse ourselves from a group perspective and at an individual level.”

“We have a big Technical Team and each of them play a part in improving us as players. We have coaches, analysts, sport scientists, physiotherapists, doctors and our support staff... all are dedicated and focused on improving us as players and giving us everything we need to succeed. It’s definitely a new environment for me but I think I’m getting used to it.”

KEY LEARNINGS ON CAMP SO FAR

“The Club is playing good football as evidenced by the second place finish in the Absa Premiership last season. The coaches are trying by all means to make us new guys understand the culture of the Club and the game model they want us to pursue. Orlando Pirates is a passing team, that plays fast paced football and applying pressure high up the pitch. They’re a team that look to control the pace and rhythm of a match.”

“The coaches are making sure that we are physically fit and working on certain rhythms as a playing unit. We are learning the Club’s way and seeing how and where we fit into it. Its still early but the coaches seem happy with our progress so far.”

ON FITTING IN WITH THE BOYS

“It will take time for me to gel because I’m naturally a shy person. It helps having my Zimbabwean homeboy Marshall Munetsi, and people like Thembinkosi Lorch whom I enjoy speaking to. The process has also been made simple by the fact that I know most of the players here. Even when we were on opposing sides in the past, we would take time to exchange a few pleasantries after the match. The general consensus for me is that I feel at home here, the reception from the coaching staff and players has been overwhelmingly positive.”

“The senior players have also played their part. Mpho Makola was concerned that I may be scared to play my natural game so he encouraged me to express myself and enjoy playing my football because from what he has seen, that’s where I’m at my best.”

“Happy Jele has also spoken to me about the supporters. They are very demanding, but also very knowledgeable and understanding if you’re doing the right things and giving your best. We have a huge fan base and there will be big crowds everywhere we play so I should learn to play under pressure quickly and find a way to use the energy of the crowd to my advantage. Happy made it clear that I need to understand that the supporters are always there for the team.”