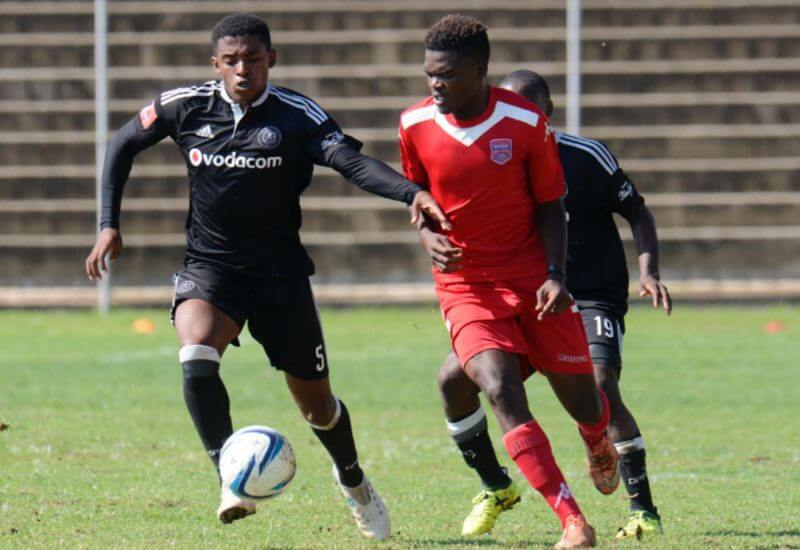 Zakhele Lepasa’s brace and a Fezile Gcaba strike were enough to see off Gauteng FC as Orlando Pirates registered a 3-1 win in their SAB League encounter on Wednesday morning at the Alexandra Stadium.

The Buccaneers were denied an early lead when Reanetse Ramatlapeng’s header was ruled out for a foul on the Gauteng defender, and with league leaders Kaizer Chiefs playing later in the day, the visitors had to push forward to give themselves a chance to secure all three points.

Philani Kubheka’s young men took a deserved lead in the 40th minute through leading marksman Lepasa, who got onto the end of Thobela Sikhakhane’s pass before tapping into an empty net.

The push for goals in the first half was let down by poor finishing in front of goal, as the Bucs went into the break at 1-0 up.

A relentless wave off attacks kicked off the second half as the Bucs continued to pile on the pressure. It eventually paid off when Fezile Gcaba doubled the lead after Yanga Baliso released the defender with a sublime pass.

Lepasa wasn’t to be outdone by his defender as the red-hot ‘Mzakesman’ completed his brace in the 65th minute with a header from Lethabo Mazibuko’s cross.

The clean sheet was dirtied deep in the second half when Gauteng pulled one back from the penalty spot against the run of play.