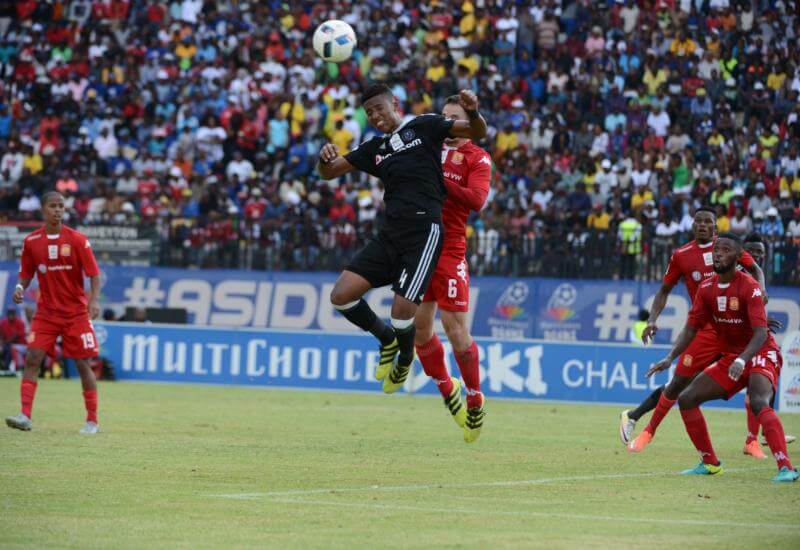 Bucs defender Brian Hlongwa has been out on loan at Real Kings FC, where he has been a permanent fixture in the NFD side’s defence. Having played in every game since the start of the league season, the Durban-born defender has adjusted well to life in the 1st division and will be looking to maintain his momentum following the international break.

A disciplined and highly motivated character, Brian has kept his eye firmly on the prize, following his return from yet another successful tour of the UK with the Pirates Project X team, where he took on the reserve sides of Queens Park Rangers, Brentford FC and Reading FC. He caught the eye of Real Kings and it was not too long before the KZN side snapped him up for the loan spell.

We caught up with ‘Ramos’ during this international break to find out how the coast was treating him and find out what the plan is going into what will hopefully for him, be another run of 10 straight games.

“So far so good. It has been a great experience and most importantly, I’m getting some mileage in my legs which I appreciate. I’ve played all the games so far from start to finish, and I feel like I’ve contributed positively to where we are currently on the log table.”

“I had come back from my 2nd tour of the UK with Project X and the office sat me down to explain that there was an option for a loan move. I was excited by the prospect because it meant I would be facing guys who are fighting to get into the PSL and this could speed up my development. Being in KZN also meant I would be closer to my family so that was also a bonus. It has turned out to be a good decision so far.”

Hlongwa spent a year with the Bucs MDC side and his transition to the NFD has been an eye opener. The pace of the game, the rigours of the opponent, as well as the training regime has put him in good stead to become a better player for the future.

“The NFD is tough man; everyone is fighting. Here (NFD), you are so close to the PSL and it’s all you ever think about. The clubs are very competitive and at the end of each game you can feel that you have been in a war. Nobody gives you an inch; you have to be on your game at all times. The next game is always your toughest because the approach here is that every game is like a final.”

“When I arrived in pre-season we were doing two, three training sessions per day at times: twice on the field, once in the gym. I thought they were crazy! But now after 10 games I can see why we went that way. There is very little room for error and if you are physically fit, then you will also be mentally sharper. That is a good thing.”

With the FIFA International Break in full swing, Hlongwa hasn’t slowed down in his preparations to get back into his football.

“We are still training as normal, we have friendly matches lined up so the program is pretty busy. You can’t really afford to stop just because there are no set fixtures. It’s something that I was used to when I was playing at Pirates, because even when the MDC season was over, we still carried on just to stay sharp. It’s the same here. When you relax, then everything you have worked towards goes out the window. Coach Simo (Dladla) is not one to relax, he works so hard and expects the same from his team. He’s that guy that gets to training first and is the last to leave. We are feeding off his energy and hard work.”

With all the hard work in the international break, there is one ray of relaxing light for the young man from Newlands East, and that is the free weekend that the team has given the players.

“We work very hard so when we get these free weekends, we make the most of it. Most of the guys just chill, but for me, there is no chilling. I’m heading to King Zwelithini Stadium to watch the MDC Festival. It’s a weekend of derbies so you can imagine that it’s going to be packed, which makes for a great atmosphere. And the best part of it will be the last game of the festival: the Soweto Derby. I scored in the last minute of last year’s MDC Soweto Derby so I still get goosebumps about that. It will be nice to see the guys again.”

Hlongwa and the 8th placed Kings are still within striking distance after 10 league games and will resume their campaign with a derby of their own when they travel west along the N3 to Pietermaritzburg to take on Royal Eagles on November 18.

The NFD table (with 20 games to go). Kings are still to face Stellenbosch, Tshakuma, Tuks and Cosmos before the end of this year.