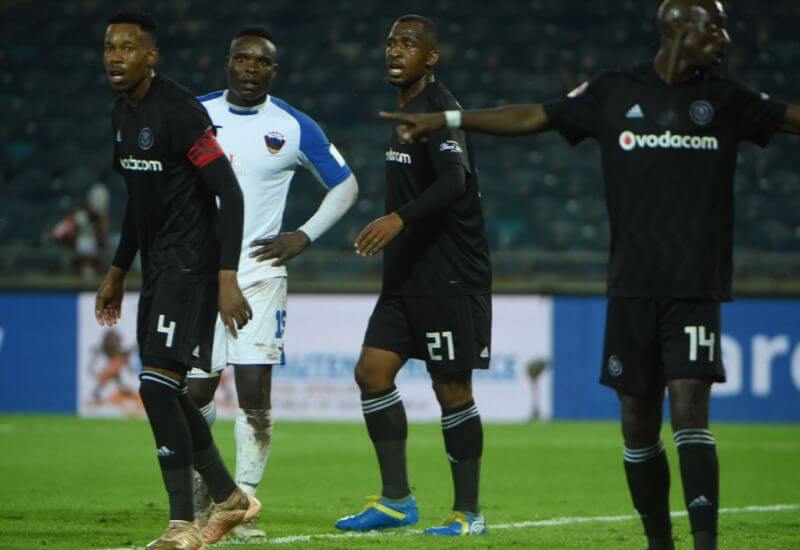 “They no longer build them like that,” is what one Pirates legend said recently. “Nowadays people focus too much on passing and not the good old traditional requirement of what makes a defender.”

Who is this person that this legend was referring to you may ask? Bulelani Alfred Ndengane that’s who.

After spending three months of training with the club the tough as teak central defender was finally handed his long awaited debut in Orlando Pirates’ 4-2 triumph over Chippa United.

Biding time was something new that the Cape Town-born defender would have to learn as he reveals in his interview with Orlandopiratesfc.com.

“I joined the Club towards the end of last year and obviously since this was outside of the transfer window I could not play immediately,” said Ndengane.

“Initially it was frustrating because it is every player’s dream to play. Nobody wants to sit on the side lines for whatever reason but it was also my reality. After eventually coming to terms with the reality of my situation, I decided to make use of the time to familiarise myself with my new surroundings.”

“The support I received from my team mates, the coaches and even from management was pivotal and encouraged me to be more patient and wait my turn. My family has also been very supportive, without them I don’t think that I would have been able to deal with the situation of not playing.”

Ndengane eventually made his long awaited debut on Tuesday in the heart of the Pirates defence where he played alongside captain Happy Jele.

“It was nice to play next to Happy. This is someone that I’ve had many duels with during my time at Celtic - it was nice to be fighting on the same side for a change.”

“My debut was special for many reasons. For starters it was at Orlando Stadium - the home of South African football and it was also a game where we collected three points.”

Speaking about his move to Orlando Pirates, Ndengane said: “The Club has been interested in me for some time now – maybe two to three seasons now, but for whatever reason, the deal never happened. To be honest, I thought it would never happen.”

“But look where I am now. I am here and I am pleased to be part of such a big institution. Joining a club like Orlando Pirates is a dream come true for me but more so for my wife because she is a huge supporter of the Club.”

“The way she was excited you would think she was the one that signed for the Club,” said Ndengane laughing.