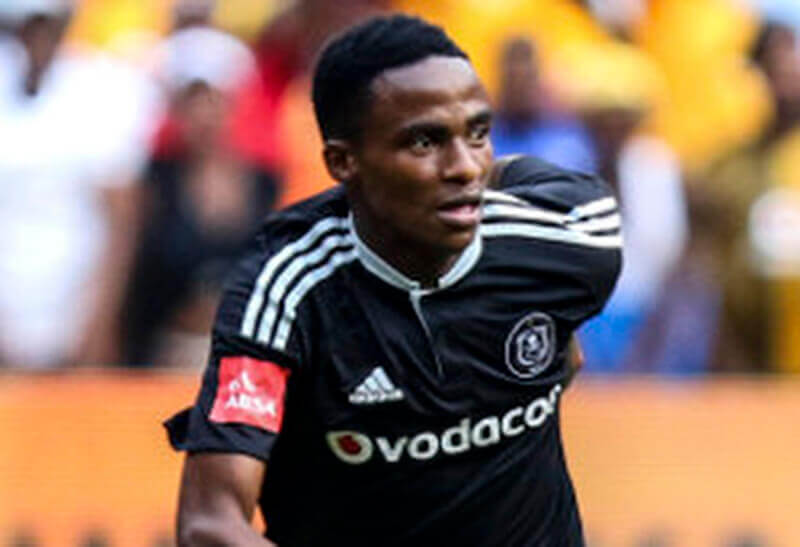 Thembinkosi Lorch may have only been on the field for 67 minutes however the enterprising Orlando Pirates winger was able to walk away with the Absa Premiership Man of the Match prize.

Lorch, who was instrumental in Pirates’ equalising goal in the 33rd minute after former Bucs man Joseph Molangoane had given Chiefs the lead in the 16th minute.

Lorch, reacted quickest to a cross played into the box by Patrick Phungwayo to shoot across goal - his shot deflected off the outstretched leg of Tsepo Masilela and into the back of the net.

“I am very happy with how I played,” said Lorch. “The derby is a big occasion and it’s easy to get lost in the hype and history behind it and freeze but fortunately I didn’t experience any of that. I wanted to keep things simple and do what I was expected to do….there was no need to complicate things.”

The 23-year old expressed his delight to have marked his maiden Soweto Derby with a man of the match award.

“Look, if I had the choice to swap my award with three points I would but be as it may, I am very delighted to have been voted Man of the Match. This is special for me as it’s my first in Pirates colours and secondly, its in the biggest match on the SA calendar – the Soweto Derby. I look to build on this performance and try help the team in the upcoming matches,” he concluded.