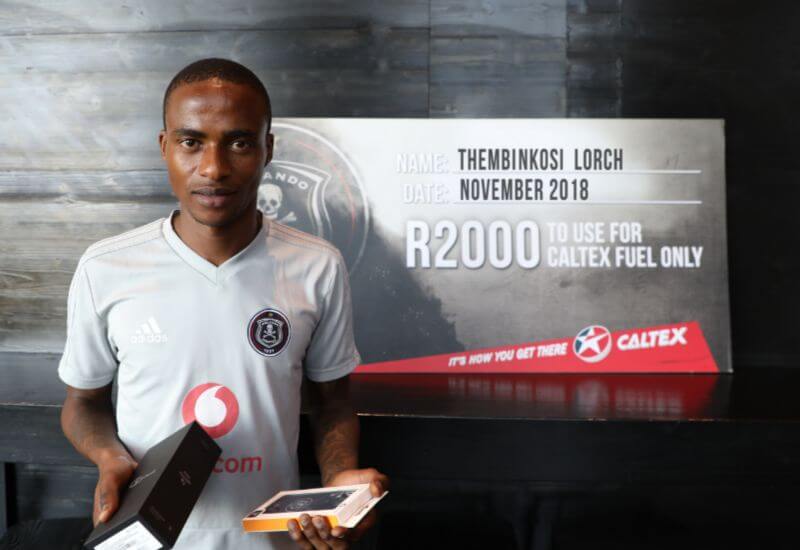 For the first time in the 2018/19 season we have a first-time winner in both the Ford Goal of the Month and LG Player of the Month competitions. Thembinkosi Lorch has been crowned the best player and scorer of the best goal during the month of November, as voted for by the Orlando Pirates supporters.

Alongside top entries from the likes of Justin Shonga and Mpho Makola, Lorch’s goal scored against rivals Kaizer Chiefs in the 2018 Telkom Knockout Semi-Finals stood head and shoulders above the rest. Lorch received a perfectly calculated pass from teammate Vincent Pule before smashing a one-touch shot into the back of the net to fire the Buccaneers into the lead and on their way to a 2-1 defeat of Amakhosi.

Having each scored three goals in five matches during November, Justin Shonga and Lorch were neck-and-neck to be voted as the November LG Player of the Month. Lorch came out on top with the most votes across social media and his statistics complement the majority’s opinion:

"I would like to thank the supporters who voted for me, I really appreciate it. These achievements push me to work harder and to continue performing for the Club"- the 25-year old forward told Orlandopiratesfc.com.