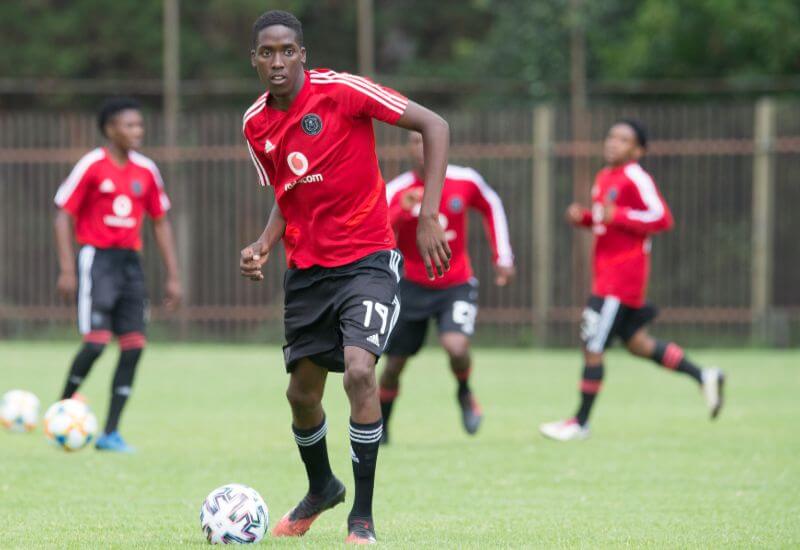 A new look Orlando Pirates reserve team will go in search of a third straight win against SuperSport United, when the two teams meet in the opening match of the  20/21 DStv Diski Challenge at the Giant stadium in Soshanguve on Saturday.

Striker, Sifiso “Dube” Luthuli has set his sights on ending the DStv Diski Challenge as the league’s top goal scorer. In the previous season, Luthuli scored 14 goals in 20 matches.

The 20-year-old revealed in an interview with Orlandopiratesfc.com. that he aims to better his feat.

“Last season was a good season for both me and the team,” said Luthuli. “I managed 14 goals in 20 matches, however I believe I could have scored more in the remaining matches that could have seen us close the gap on top and eventually become overall winners.

“I can’t say I am happy or sad at how the league ended,” he added, in reference to the suspension of the league due to the lockdown. “We were closing the gap on Bidvest Wits and anything was possible at that point, I would have liked to see the overall winners of the MDC but the health and safety of our people is more important.”

Luthuli further revealed his admiration for Zakhele Lepasa and Tshegofatso Mabasa in the first team.

“It’s amazing to see two of my role models in ‘Zakes’ (Lepasa) and Mabasa (Tshegofatso) do so well in the senior team, they are scoring important goals for the club. I used to play against ‘Zakes’ when I was still in U17’s. It strikes me how he turns the defenders around with so much composure especially inside the box.

“Mabasa as well, I used to watch him score for the Bloemfontein Celtic MDC team that saw him become the league’s leading scorer in the 2016/17 season- now he is scoring here at Orlando Pirates.

“Both of them give me hope on what is possible in the future but for now my immediate goal is to contribute in a positive way for my team in the Diski Challenge, starting with our big game against SuperSport United over the weekend.”