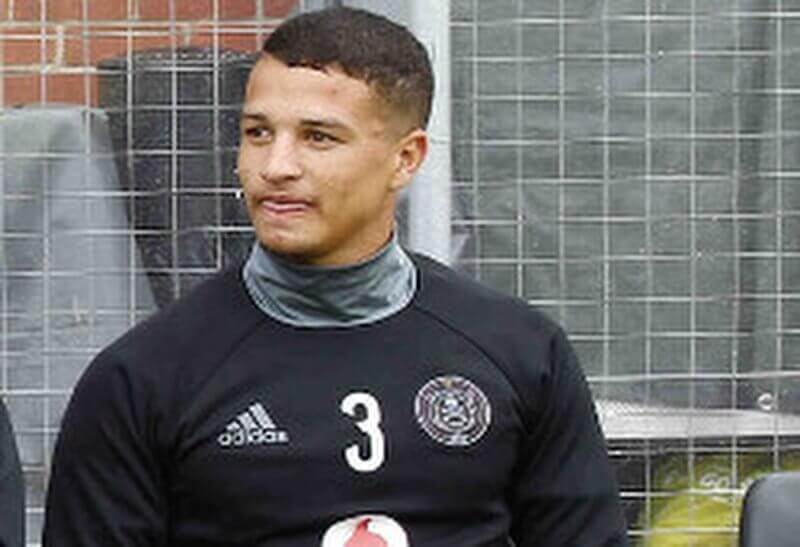 Yusuf Maart has expressed his delight after making his first team debut for the Club in the Nedbank Cup win over EC Bees at the weekend.

Maart, who has been one of the outstanding performers in this years’ Multichoice Diski Challenge replaced captain Oupa Manyisa late in the second half to see off the final minutes of the match as the Mighty Buccaneers cruised to a 3-1 victory.

“I’m happy to have made my debut and to have carved out some space for myself,” he revealed to Orlandopiratesfc.com earlier today.

“I had mixed emotions. I was excited and nervous at the same time….excited because this was a dream come true but also nervous because of the weight of expectation. This is not an ordinary jersey; many great players have worn it and many of them have left their mark and I would like to do the same one day.”

The Atlantis born midfielder was spotted at the SAB Under-21 tournament last year and despite adjusting well into the Orlando Pirates Multichoice Diski Challenge team, where he finished second (with 7 goals) in the club’s goal scoring charts behind Grant Peters (8 goals), admits being overwhelmed at his meteoric rise to first team football.

“Everything has happened very quickly. I did not anticipate turning professional in only my first MDC season. This was really unexpected but also rewarding because it shows that my hard work didn’t go unnoticed.

“Traveling with the first team players was an amazing experience but not completely new because during our away trips with the Multichoice Diski Challenge, we experienced the same admiration from our supporters.”

He added: “The real change of mindset came on the day of the match. I think that is when reality hit me. Sitting on the bench and seeing the stadium packed the way it was made it even more difficult to settle my nerves.

“When the coach called me to come on I became extremely nervous and I think the coach sensed it because he tried calming my nerves. He told me to relax and enjoy the last minutes of the match…the nerves kicked in again when the substitution board went up and my number was displayed in green next to the captain’s (Oupa Manyisa).

“Overall, I am thankful for the opportunity that the coach gave me and I look to build on this milestone. There is a lot of work to be done but I think I am ready. I feel there is more to come from me but I want to take things slowly and not get ahead of myself too soon.”