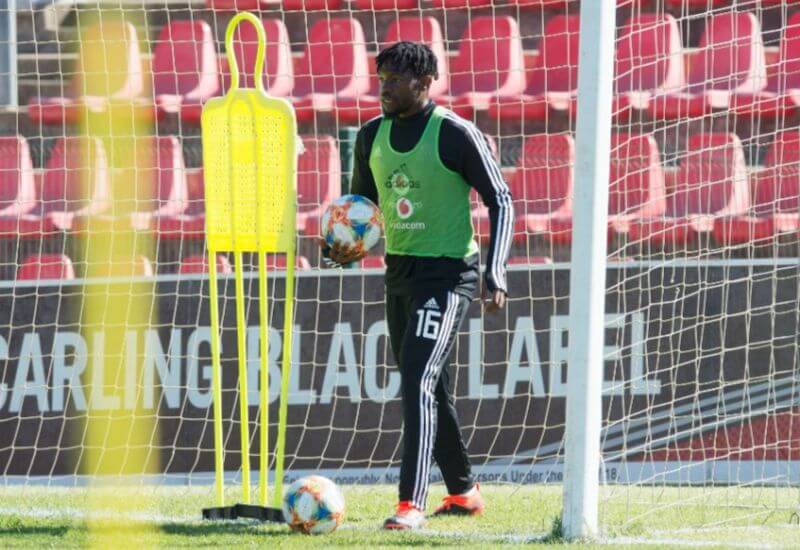 One of the fascinations of the Beautiful Game has been its ability to be both cyclical and ever evolving. However, along with this evolution some positions have followed the dinosaurs and have become virtually extinct such as the Libero (also known as sweeper), while others such as the number 9 and the classic winger still cling on for survival.

There is no denying that change is necessary in football like so in life, however, not all things have to for the sake of change and that is what players such as Tshegofatso Mabasa are trying to show.

Look around the globe and you will quickly note the scarcity of the classic number 9.

These where players that relied on strength and physicality over the nimbleness and speed that modern football has dictated today HOWEVER, the likes of Robert Lewandowski and Harry Kane continue to buck this trend as they show that there is indeed still a place for the number 9.

Mabasa and some others (Gabuza of SuperSport United and Nurcovic of Kaizer Chiefs) are putting their hands up in the Absa Premiership for the case of the number 9s.

The 22-year old netted a brace in Pirates’ recent win over Chippa United but it was his second of the match which typified what a number 9 brings to the table. After receiving a pass from Thabiso Monyane, Mabasa used his 1.8m frame to turn his defender using his right foot before shooting with his left.

That goal would prove to be vital as the Chilli Boys would go on to pull one goal back.

Orlandopiratesfc.com recently sat down with the Free State born striker for his first one on one interview. Where he shared his views on his recent performances as well as outlook of the season.

Here is how it went…

I am delighted to be off the mark for the club. As a striker this is what we are measured on and for this I am grateful. However, what made this even more special was the overall result. Over and above the goals, this was a team effort, the boys pulled through and we managed to play for one another.

After going so long without a win, we worked overtime during the FIFA break to ensure we fine tune a couple of things. Obviously now that we have tasted victory we want more but it wont be easy because all 15 other teams we play against want the same thing.

It’s a very big match and an important one as well. They say if you want to be the best then you have to beat the best and Wits certainly falls into that category of one of the best teams in the league. This will be a great test for us to gauge how much we have improved as a team.

The fact that we are playing at Moses Mabhida Stadium obviously changes things because it’s a completely different venue from Bidvest Stadium so obviously there has to be slight adjustments in approach.

The Coaches have given a us a game plan that we’ve been working on all week and it will be up to us as a team to implement that strategy come the game.

I would like to encourage the supporters to come out in numbers on Saturday.  I feel as players we are blessed to enjoy the kind of support we receive from them.

At the same time its our duty to put smiles on their faces and for this reason we understand that when we walk onto that field we are not only playing for ourselves but we play for the badge and supporters as well.