Maela and Co. Through to AFCON 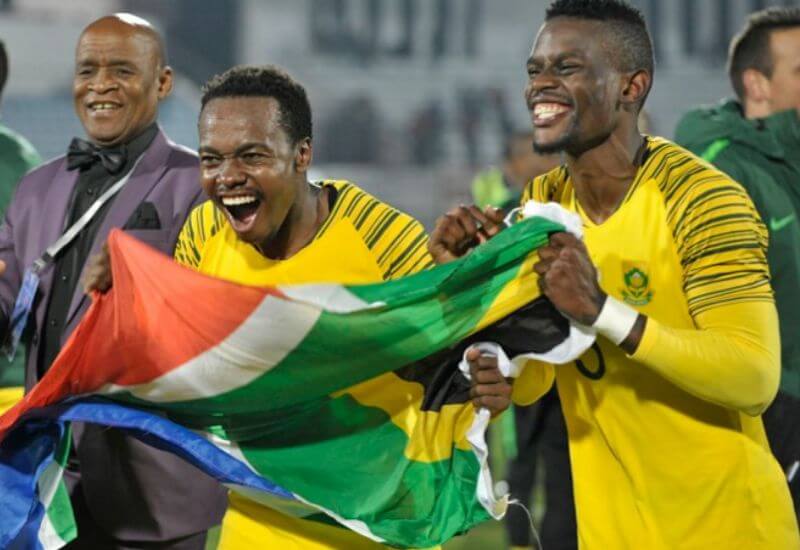 Innocent Maela put in a full shift in South Africa’s crucial 2-1 win over Libya in an African Cup of Nations Qualifier played in Tunisia on Sunday evening. With this win, Bafana Bafana qualify for the 2019 instalment of the continental showpiece.

The hosts dominated the opening stages of the match but the South African defence held firm to deny the North Africans an opportunity at an early goal.

However, despite the constant pressure from the Mediterranean Knights it was Bafana Bafana who would score first through Percy Tau, who scored five minutes into the second half with a splendid left-footed strike.

Libya restored parity when they were awarded a penalty in the 65th minute, but the joy was short-lived as Tau scored three minutes later with a curling effort from inside the box to make it 2-1 after a well worked corner kick.

Baxter’s men were able to hold off the late barrage from Libya and eventually walked away as victors.

“I am so happy right now,” revealed Maela. “We had a lot of pressure going into this game because of the hopes of the millions of people on our shoulders. This is a football loving country and for far too long they had little to be proud of about the national team but with this qualification I think it could be the start of a renewed hope and belief in Bafana Bafana.”

“Obviously this is only the beginning, the real test will be in Egypt later this year but for now we can be proud of returning to the competition after failing to qualify in 2017.”

“On a personal level, I am happy to have played the entire match. I look forward to building on this performance and play more crucial games for my country.”