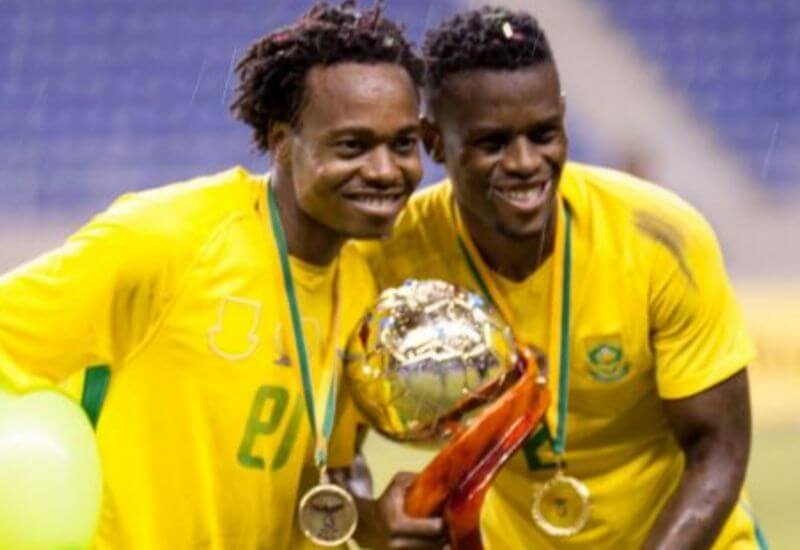 Innocent Maela has described earning his first national team cap as a “massively proud moment” and something he will cherish for years to come.

“All players dream of representing the country of their birth and I am no different, I aim to continue improving at club level so that I can get more opportunities to represent my country.”

“Making my debut for Bafana Bafana was honour and a privilege. I never thought it would happen so soon. It felt remarkable to don the national colours, a dream come true.”

The 25-year old was speaking to Orlandopiratesfc.com after earning his first cap in Bafana Bafana’s 2-0 win over Zambia in the Four Nations tournament played in Ndola, Zambia this past weekend.

“It has always been a dream of mine to represent the country. Ever since I was a small boy, I pictured myself playing for Bafana Bafana. When you play international football you face the best players that a country has to offer and you see a different level to your game.”

“It’s a life-changing experience playing for Bafana, it comes with a lot of responsibility and there’s no room for mistakes. You stand side-by-side with your teammates and fight for your nation. It gives you a lot of humility and see things from a bigger perspective. It’s bigger than the team.”

This time last year, Maela was grafting in the National First Division as captain of log leaders Thanda Royal Zulu (now Richards Bay FC). Fast forward to today and ‘Ino’ as his teammates call him, is a regular starter for the Mighty Buccaneers and already has two Soweto Derbies under his belt including a Man of the Match accolade (which he got on his debut for the club by the way). Now he has a national team cap to his name.

“It is crazy how quickly things have been happening. Sometimes I need to pinch myself to remind myself of what is happening. Fortunately I have people around me who are helping me to remain grounded. I am still focussed on improving on my craft and hopefully I can continue improving so that I can make a positive difference to my club and country.”

“The speed at which my career is moving is quite scary when you think of it, but everything has it’s time and whenever you believe in God and stay faithful to Him, then remarkable things happen in a short space of time. I’m truly humbled by how God continues to exceed my expectations.”