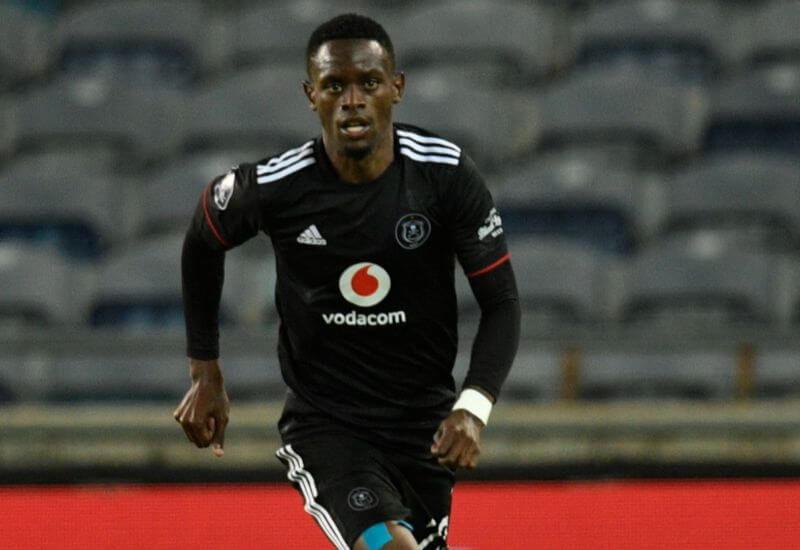 Orlando Pirates defender Innocent Maela closed off the year with a key milestone when he took to the field during his side’s Thursday night fixture against AmaZulu at Orlando Stadium.

His footballing journey had taken him from Witbank Spurs to Thanda Royal Zulu before joining the Buccaneers, where he became a regular starter right from the jump.

In an exclusive interview with Orlandopiratesfc.com, he expressed that his younger self could not have imagined achieving such a feat for one of the country’s top clubs.

“I never thought I’d achieve such a milestone in my career,” Maela said. “Especially for an Academy graduate, it’s sometimes a difficult feat to achieve. But with God’s grace, I did.”

While many players keep track of their stats, Maela said he was not aware that he had such a milestone coming up until a family member alerted him to his achievement.

“Initially, I wasn’t aware,” he said. “I was told by a family member who brought up my stats. That’s how it came about.”

At present, Maela finds himself in unfamiliar territory with just three league appearances in the ongoing campaign, with the game against AmaZulu providing his first start of the season, having not struggled for game time in the previous seasons.

This has been largely due to a muscle tear that kept him off the pitch throughout the majority of the first half of the campaign.

The player admits that the lay-off did disrupt his plans in terms of what he had hoped to achieve on a personal level this season.

“Getting injured at the start of the season means you have to start on the back foot,” Maela said. “It affected me a lot, but I’ve fought to be back, and I’m glad I’m here now.”

In spite of the injury struggles, Maela is confident that the Buccaneers are capable of launching a challenge for silverware in the second half of the season, with two major trophies up for grabs when competitive football returns early next year.

Maela acknowledged that the Club’s stuttering start to the season was far from ideal, but is aware that things can turn around if everyone puts in the work required.

“The onus is on us to make sure that we face all the challenges, as difficult as it is, but we know that we’re fully capable,” he added.

The Buccaneers will resume action with a home league game against Golden Arrows on 16 February 2022.