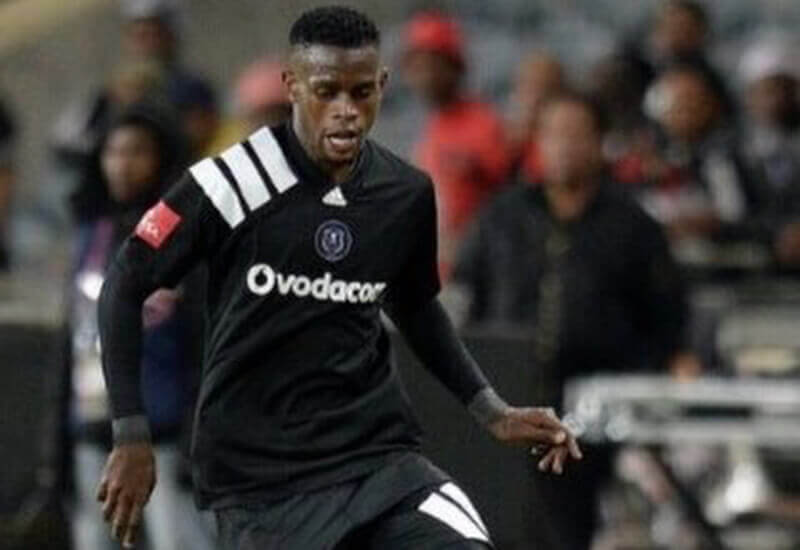 Innocent Maela was voted Man of the Match in Orlando Pirates’ 1-0 victory over Chippa United tonight.

Maela, who spent the whole of last season on loan at Thanda Royal Zulu, produced a fault free performance which was capped off with an assist for the only goal of the match which was scored by Thamsanqa Gabuza.

Speaking after the match, Maele admitted being nervous at the start of the match but says that his teammates did their part in helping him to adjust to his new environment.

“I’ll be honest, I was very nervous at the start of the game” said Maele. “But fortunately I have good group of teammates who helped me along the way to calm my nerves. What also helps is the fact that I am surrounded by quality players, and this makes it easier for one to relax and focus on the simple things.

“As for my Man of the Match award, I would like to thank my teammates, the coaching staff as well as my family. Without them I would not been able to achieve what I have.”

Meanwhile, Musa Nyatama who was also making his debut this evening, expressed his satisfaction with his performance. “As a team, we are very happy with the result. We got what we wanted at the start of the game and that’s all that is important. On a personal level, I am happy with my performance and look to improve game by game.”