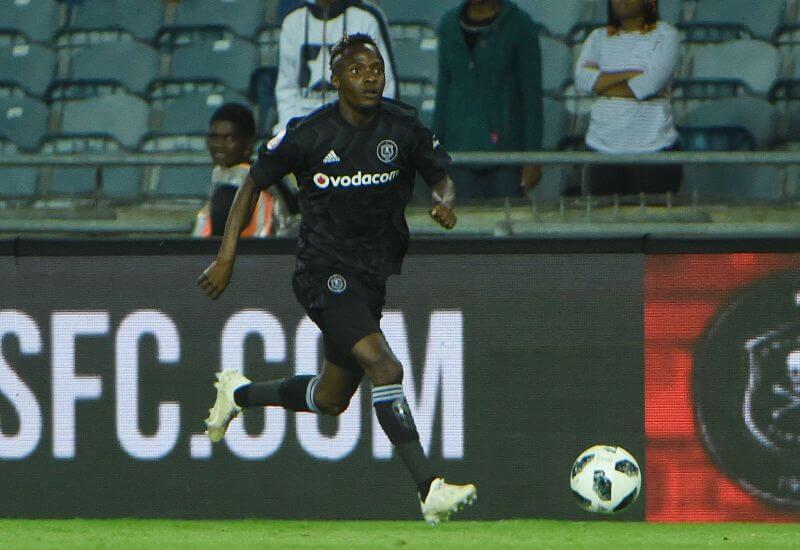 Having scored two crucial goals in successive matches, Kudakwashe Mahachi, has proven to be quite the impact player, coming off the bench and making an immediate difference to the team’s fortunes.

After a slow start to the season, the 24-year-old Zimbabwean international has made an impressive about turn – dedicating his games to his late mother who passed away in December 2018 after a protracted illness.

With this resurgence in form, Mahachi has put himself in a good position to be considered in the traveling squad to his country of birth this weekend when Orlando Pirates open their CAF Champions League group stage run with an encounter against FC Platinum. The kickoff is scheduled for 15h00 at the Barbourfields Stadium on Saturday, 12 January 2019.

“Should I be considered to travel with the team to Zimbabwe, I will certainly be emotional because I’ll be going back home to a place where I grew up. Everybody in Bulawayo supports Orlando Pirates. We grew up watching the team and supporting players like Teko Modise and Joseph Kamwendo, who were an inspiration to watch,” said Mahachi.

“The team I even played while I was based there, Highlanders FC, modelled themselves around Orlando Pirates. They even adopted the Club’s iconic crossbones salute before the start of their matches.”

Who is FC Platinum?

As back-to-back champions of the Zimbabwean Premier League in 2017 and 2018, they are also the current holders of the ZPSL Castle Challenge Cup.

While they have featured three times in the CAF Champions League previously, FC Platinum will make their group stage debut when they take on the high-flying Buccaneers on the weekend.

FC Platinum are a football team based in Zvishavane region in Zimbabwe. The club is fairly new in football terms having only been established in 1995.

A lot of money has been pumped into the coffers and already the club has seen the benefits of the financial support, with their recent trophy success in their domestic league.

“We can’t underestimate FC Platinum, they are a quality side with a pedigree having won the league in Zimbabwe. We can expect them to come hard at us. Their game is almost similar to ours because they also enjoy playing with the ball on the ground and keeping possession. It should be an interesting game on the weekend.”