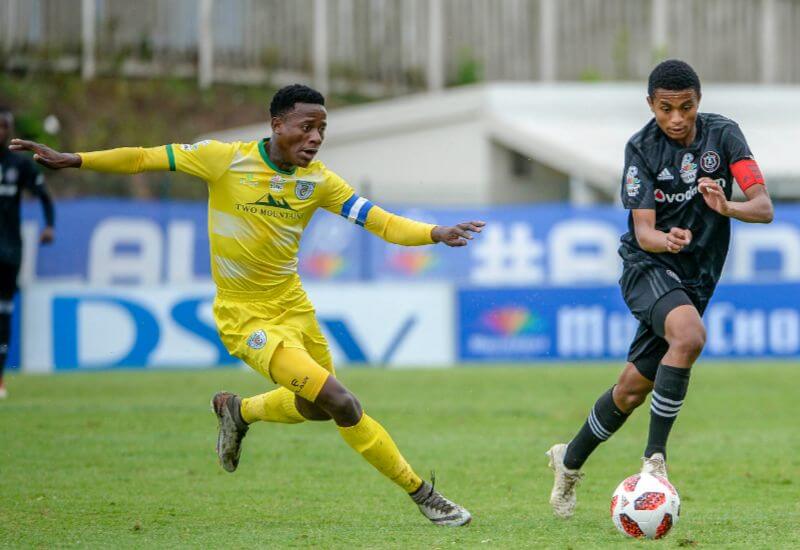 Midfielder Augustine Mahlonoko looks to follow in the footsteps of Lyle Foster as one of the top young prospects of 2018.

For the second successive year Orlando Pirates have a youngster listed in The Guardian’s annual list. The UK based publication, has run an article titled: Next Generation – 60 of the Best Young Talents in the World which features the 17-year old.

The Vaal born midfielder has been listed alongside other prospects such as Rodrygo from Santos. Rodrygo is considered by many as the new Neymar, the 17-year old has already agreed to join Spanish giants Real Madrid for a whopping 50 Million Euros when he turns 18.

Mahlonoko, who already plays for the first team and boasts the record of being the youngest ever player to don the Pirates jersey having played in Pirates’ 1-all draw against Highlands Park at only 16 years and 352 days, says it’s an honour to be named alongside the likes of Rodrygo.

“It is an honour to be mentioned amongst some of the best young talents in the world, but this doesn’t mean that the work is done. This only tells me that I have potential to achieve big things in my footballing career but I need to put in the hard work because without hard work nothing can be achieved,” said Mahlonoko.

Other players who have previously been listed on the Guardian Top 60 and have gone on to impress on the global scene include the likes of Gianluigi Donnarumma (2016), Martin Odegaard (2015), Timothy Fosu-Mensah (2015) and Christian Pulisic, Vinicius Jr (2017).