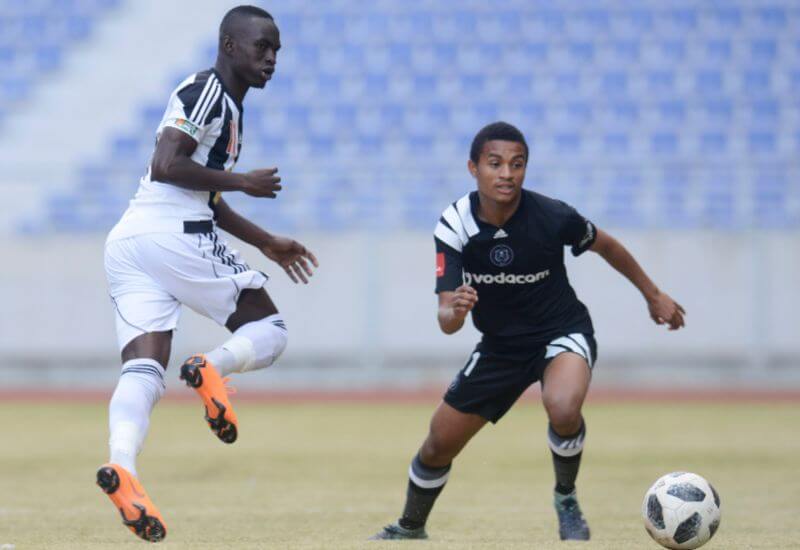 Augustine Mahlonoko has been promoted to the Orlando Pirates first team.

The 16-year-old who impressed on the Club’s recent Project X trip to Brazil earlier in the year, has done enough to impress the first team coaches and support staff and take the jump into the professional setup.

Despite his young age, the young attack-minded midfielder has taken it all in his stride. Even when talking about his promotion, the youngster prefers to let his football do more of the talking.

“I am thankful to all those who were involved in me getting promoted. This is a special moment for me and my family,” said Mahlonoko, who hails from the Vaal.

Speaking to Orlandopiratesfc.com he further pointed out, “I have learnt a lot since being with the first team during pre-season but there’s a lot that I still need to learn and I welcome that because it can only make me a better player. Though I am happy to be promoted, I will not let this get to my head because in all honestly, this is only the beginning. Those above me have shown faith in me by getting me promoted, I now need to prove myself.”

Meanwhile, Professor Augusto Palacios who is at the helm the Club’s development structures, said that this promotion of Mahlonoko gives “hope to the boys who are still in the academy.”

He said: “I welcome what has been happening in the first team lately. The forward thinking Technical Team understands the importance of development which is why you can see the trail of young players promoted in recent times. The promotion of Mahlonoko is even more significant because it gives all the youngsters in the academy hope that they too can make it.

“Look, a player like Mahlonoko never even played in the MDC, he was selected straight after impressing at U17 level and later on during the Project X tour. All this shows that anything is possible if you stay focused and dedicated to your craft.”