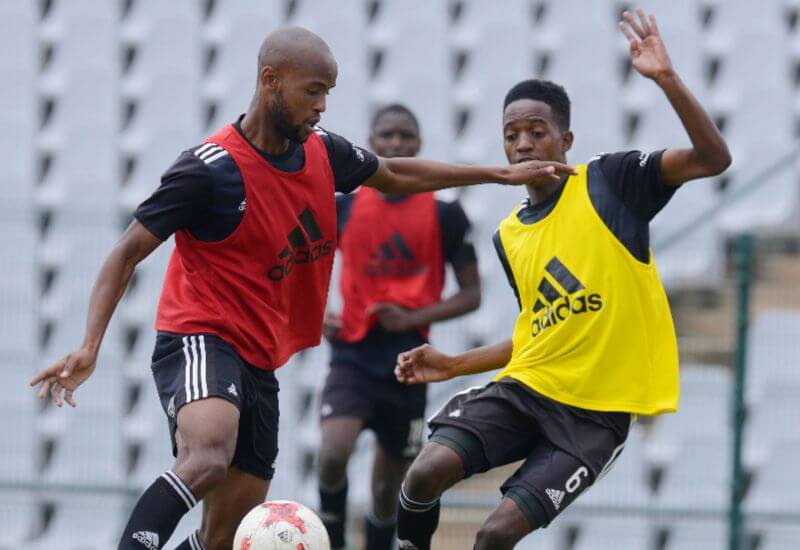 Orlando Pirates are closing in on the SAB League playoff with three matches remaining, however the young Bucs are wary that omission could spell disaster to their title hopes. When Philani Kubheka’s charges take on Pimville West Ham on Saturday, they’ll go in knowing that only victory will do, as they look to consolidate their one-point lead at the top of the table.

Malefole “KG” Molaba has led the side through an unprecedented winning streak in 2018, and he hopes that his side will maintain this running as they see out the remainder of their league fixtures.

Speaking to Orlandopiratesfc.com, the experienced defensive midfielder – who could prove to be decisive in the match – expects that everyone will remain fully focussed, with Kaizer Chiefs chasing closely in second place.

“We are at a crucial stage of the SAB league. There are three matches left and we have to win all of them in order to win the league and make it to the playoffs. We can’t take any chances because it’s very close now. The only result is three points per game until we finish,” said Molaba.

“We are doing a lot of conditioning work because the fixture schedule is really tight – we have three matches in 7 days – so it’s vital to be physically well prepared. The mental side of the game is as important because while your body is ready, if it’s not in tune with your mind then you’re going to be in a lot of trouble.”

“The confidence is high and everyone is motivated for Saturday’s match.”