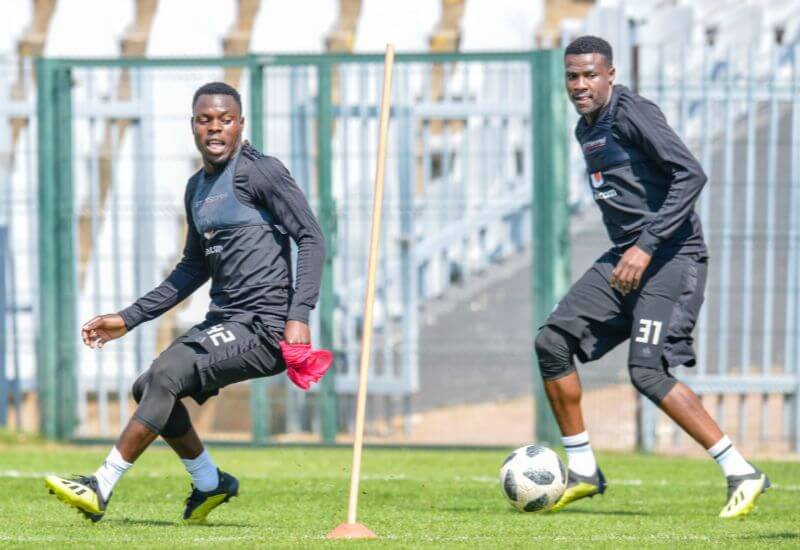 After a nine day hiatus, Orlando Pirates will resume their Absa Premiership duties when they take on Black Leopards on Tuesday evening.

The Mighty Buccaneers have made a slow start to the season and will look to halt their three game win-less run at the expense of Lidoda Duvha.

One man looking to assist Pirates to get back to those winning ways is none other than Meshack Maphangule. The former Leopards man spoke to Orlandopiratesfc.com about the prospect of going head-to-head with his former employers.

“It is always special to face your former team,” said Maphangule, who joined the Club from Leopards in August. “Leopards gave me a chance to play professional football and I enjoyed my time while I was there. They will always have a special place in my heart.”

“I expect it to be an emotional affair. I wouldn’t be human if I felt otherwise – these are people I used to live and play with, my brothers in arms.”

The Bucs winger says that although he holds a special bond and affection for Lidoda Duvha, there will be no sentiments on Tuesday because of what’s at stake.

“If I am selected to play on Tuesday, I have no option but to do the business for my new team Orlando Pirates. We have not had the best of starts to the season and as much as I have a special connection to Leopards, I have to get on the field and do the job for my new club, fans and teammates.

Maphangule, who only has 22 minutes under his belt so far this season, said he is waiting patiently to register his first official start for the club.

“I’m happy here. Obviously, one cannot come to a team like Pirates and expect to just walk into the starting line-up. It’s a big team so the environment is completely different from what I am used to but getting some early minutes has gone a long way to helping me settle.

“I want to do my part to contribute positively towards the team and whether I play or not, I am hoping that a win against Leopards on Tuesday night will be the catalyst we need to turn our fortunes around.”

However, the 27 year old did heed some warning to his new team mates ahead of this encounter as he shared what he went through whenever Leopards came up against a big team.

“I remember from my personal experience whilst I was still at Leopards. When we played against big teams, we always wanted to prove ourselves and show how good we were because such games are viewed as an opportunity to improve your career by showing the big clubs that you are good enough to play for them. The exposure on TV in these matches is a big opportunity for players to market themselves and I expect the same to happen on Tuesday.

“Leopards have always been an attacking team, so I expect them to come at us. The fact that they are playing against a big team will not deter them at all. They will not hold back. They will attack each and every time they have the ball and they will look to press us hard in the hopes of forcing defensive errors from us. I expect an open, high-paced and exciting match. It will not be easy but this is exactly the type of challenge we need to get our campaign back on track,” he concluded.