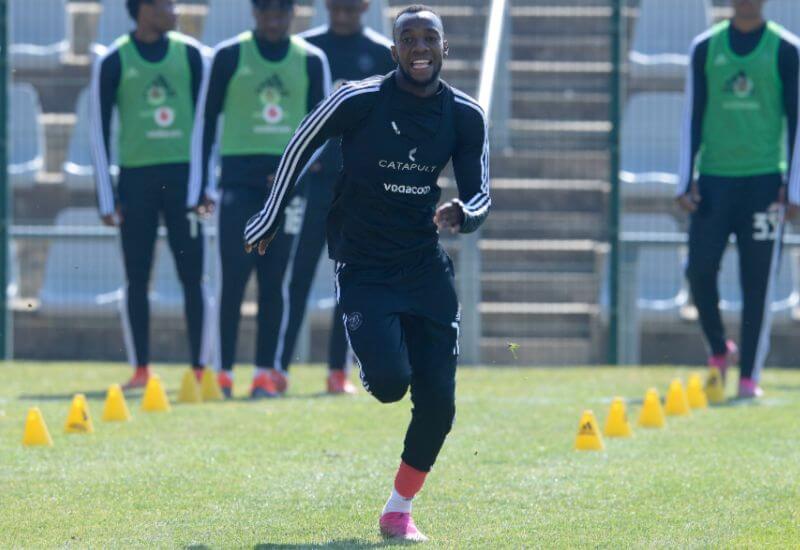 Fixtures come in thick and fast for Orlando Pirates, who are heading to Durban today for their Absa Premiership clash with AmaZulu on Tuesday night.

The Buccaneers are looking to turn the tide after a string of bad results that have seen them lose three on the trot, without registering a goal.

After being knocked out of the MTN8 Cup by Highlands Park over the weekend, focus now turns to league action, where the Soweto giants aim to climb up from ninth place after a single win on the opening day of the campaign.

In this clash between two of the country's oldest clubs, the Buccaneers come up against a side with its own challenges following two defeats which find them rooted to the bottom of the table.

Usuthu began their campaign with a 3-0 defeat at home to Bidvest Wits, before going down to Polokwane City in their last outing.

Despite their difficult start to the 2019/20 season, they have, in the past, proven to be a tough nut to crack on their own turf and have given the Buccaneers some headaches on a few occasions.

Pirates' last visit to King Zwelithini Stadium was a frustrating one, where they were held to a one-all draw, with Augustine Mulenga netting for the visitors in a league game in October 2018.

However, subsequent encounters between the two sides have gone the way of the Sea Robbers, who registered a 3-1 victory in a cup clash at Moses Mabhida Stadium, before putting Usuthu to the sword with a resounding 4-1 thumping at Orlando Stadium.

The Buccaneers have had the better of their opponents in recent years, suffering only two defeats in their last 18 encounters across all competitions, with a stalemate proving to be the common result between these two sides, with 10 matches ending with the spoils being shared.

Amazulu are a team packed with attacking talent, that could prove a handful for the Buccaneers. One of them is a man who lives up to his first name in Zimbabwean international Talent Chiwapiwa. The attacking midfielder has returned from AFCON duty, and will look to rediscover his national form in club colours.

Goal poacher Bongi Ntuli, who spent a decent chunk of last season among the league's top goal scorers will be another player to keep an eye on. The striker is no stranger to finding the net against Pirates, having done so in the previous campaign – albeit on the back of a loss – when Usuthu succumbed to a 3-1 defeat at Moses Mabhida Stadium.