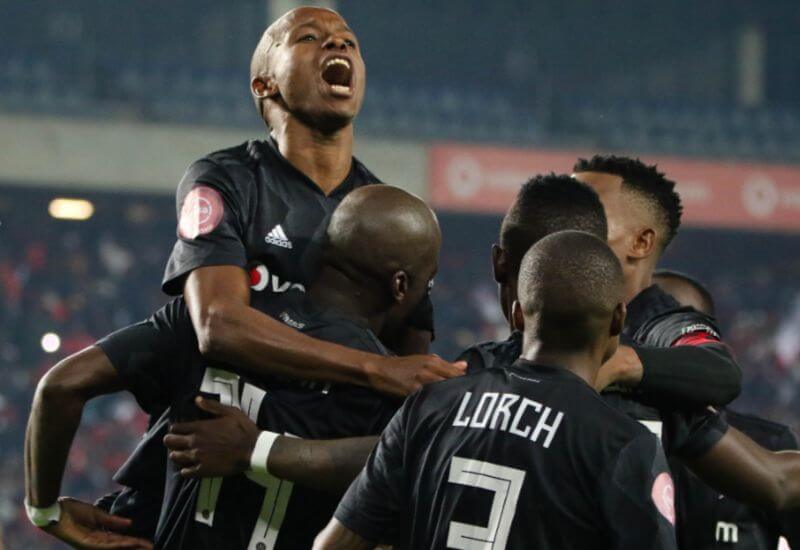 With less than a month of the 2018/19 season left, players are giving their all on the pitch. “Do or Die” is the name of the game with the top of the log growing ever so tight as the Absa Premiership draws nearer to its close.

With the Buccaneers currently sitting at the summit of the league table, the heat is on as they look to maintain the momentum going into the final stretch, with players committing themselves in each and every game to secure maximum points.

The LG Player of the Month competition has consequently become particularly tough owing to every player heeding the call as the title chase reaches fever pitch.

For the first time in its history, the shortlist of the month’s top performing players features a goalkeeper. Wayne Sandilands enters the race after making what can only be described as the “Comeback of the Season”. Faith, determination and hard work are the cornerstones to Sandilands’ improved performances which saw him bounce back into the starting line-up for the Bucs, and on many occasions being the difference in the outcome of the matches.

Sorely missed, Luvuyo Memela makes his debut in the competition since returning to the starting line-up after being out with injury for the greater part of 2018. Amigo’s effectiveness is slowly getting back to its delightful best as he provided a total of three assists in all four matches played in the month.

Leading goal scorers Thembinkosi Lorch and Justin Shonga make yet another appearance in the competition, with Lorch hitting the back of the net once while his Zambian team-mate registered two to the tally.

Augustine Mulenga has also been nominated as one of the top performing players of the month and adds his equaliser against FC Platinum in the CAF Champions League to the Bucs goal count.

The diligent duo of Innocent Maela and Musa Nyatama have once again held up their end of the bargain, putting in solid shifts at the back and dominating the possession of the ball. Maela and Nyatama are closely matched with the highest individual statistics accomplished across the team, leaving less than the proverbial six degrees of separation in telling the two apart in head-to-head: