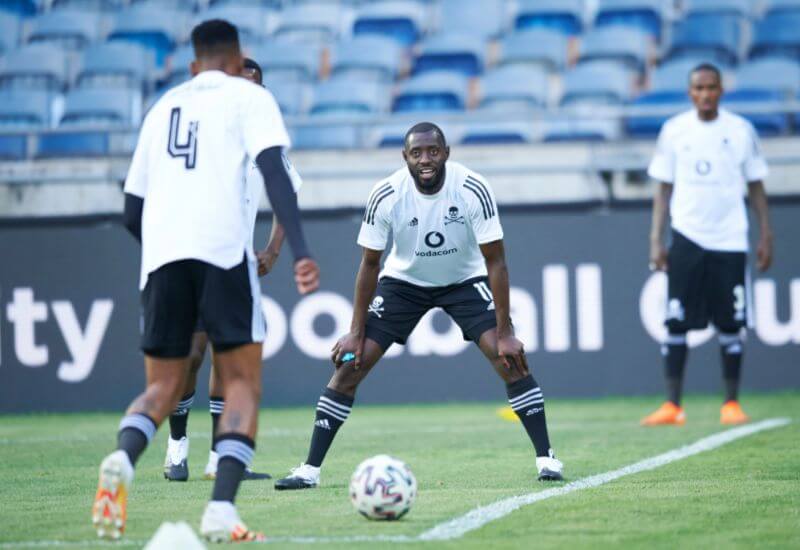 Orlando Pirates kickstart their first steps in pursuit for league glory with an away clash against AmaZulu tonight, as football returns to Jonsson Kings Park Stadium.

The match is the opening fixture of the all-new DStv Premiership and kicks off behind closed doors at 20:15.

Since the all-conquering Buccaneers side of the 2011/12 campaign clinched the second of back-to-back Premiership titles as part of a famous double-treble, the Soweto Giants have fallen agonisingly short of hoisting the prestigious trophy on quite a few occasions.

After finishing second on two consecutive seasons, the Club overcame a rough start on their last attempt to clinch a respectable third-place finish.

Top spot will be on the agenda this time around, and it begins with a tricky start against an unpredictable Usuthu side, desperate to improve on their showing in the previous campaign.

Usuthu - now the oldest club operating in the topflight; had to dig deep in the latter stages of the campaign to avoid the dreaded drop.

Following an overhaul - with new owners, coach, plus a host of new players - the men from KwaZulu-Natal present somewhat of an unknown quantity, and the Buccaneers will be the first to find out just what they are capable of.

Bar the odd big-margin victory, encounters between these two sides have mostly been tight, with a single goal often the difference.

It was exactly the case when they last met, with Vincent Pule's sole strike giving Pirates the win at Orlando Stadium back in January.

In the past decade, it has been the Buccaneers who have been overwhelmingly dominant, winning seven of their last 18 matches with AmaZulu's solitary victory during this period coming over seven years ago.

Tickets for Baroka encounter to go on sale

Pirates Reserves Grab a Point on the Road