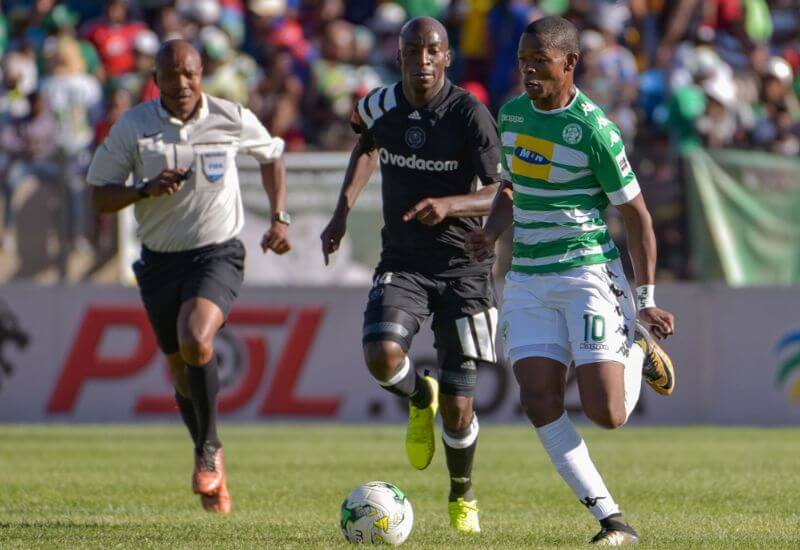 The Buccaneers are on a quest to close the gap between themselves and log leaders Mamelodi Sundowns who face Chippa United on the same evening.

Being out of the Nedbank Cup competition means that Head Coach Micho Sredojevic and his charges can focus all their energies on the remaining six games of the season starting with the clash against the men from the City of Roses.

Celtic have been blowing hot and cold this season but despite their inconsistencies, they have been able to do enough to grind out some key results which have them sitting in a position where a top eight finish is a reality – something they failed to do last season, finishing in 12th place.

Celtic’s last five league matches produced a mixed bag of results. Of their previous five encounters, Phunya Sele Sele have won twice, lost twice and have one draw. They have scored four goals during the process and conceded six.

One of Celtic’s main strengths over the last few seasons has been their strong defence. Goalkeeper Patrick Tignyemb has been nominated for Absa Premiership Goalkeeper of the Year for the past two seasons and this is testament to his side’s resolute defence. This season however, Celtic have been leaking goals. They have conceded 26 goals in the current campaign in 24 matches. Only Baroka FC (who have conceded 30) have a worse record of the teams in the top eight.

This Orlando Pirates old boy has matured to become one of the most valuable players in the Phunya Sele Sele setup. When Ndumiso Mabena is on form, Celtic often do well, that’s how key he is to his side.

Although he started as a striker, the 30-year old has filled the void of the number 10 role which was created after the sale of Musa Nyatama at the beginning of the season.On his day Mabena has also shown to be quite adept in dead ball situations.

If one wanted to measure Deon Hotto’s importance to the Celtic setup, you’d need only to look at his contribution in the goal scoring department. Minus Hotto, Celtic would be on 12 goals for the season. The 26-year old Namibian has been involved in 40% of his side’s goals this season, netting once and assisting seven times. He has played in all 24 league matches for Celtic in this campaign and has only been subbed once.

Matches between these two sides seem to always produce goals. Only one of the previous 25 league games has ended in a goalless draw.

The head-to-head stats of the last 25 matches, sees Pirates dominating with a total 12 victories versus Celtic’s seven. A total of 56 goals have been scored during this time and Pirates have the majority share with 34 strikes.

In the corresponding fixture earlier this season, the Buccaneers recorded a 1-0 victory courtesy of a goal by Nyatama. With this win, Pirates ended a run of over eight years without a win in Bloemfontein.

On Wednesday, Bucs will look to end yet another bad run. The last time Celtic came to Orlando Stadium, they went back to Bloemfontein with all three points courtesy of a last minute goal from Mbhazima Rikhotso as Celtic emerged 2-1 victors on the night.

Captain’s Corner: We all have to keep believing
Read More
Jersey numbers for the 2018/19 season
Read More
'It's A Very Special Fixture' - Fortune Makaringe
Read More