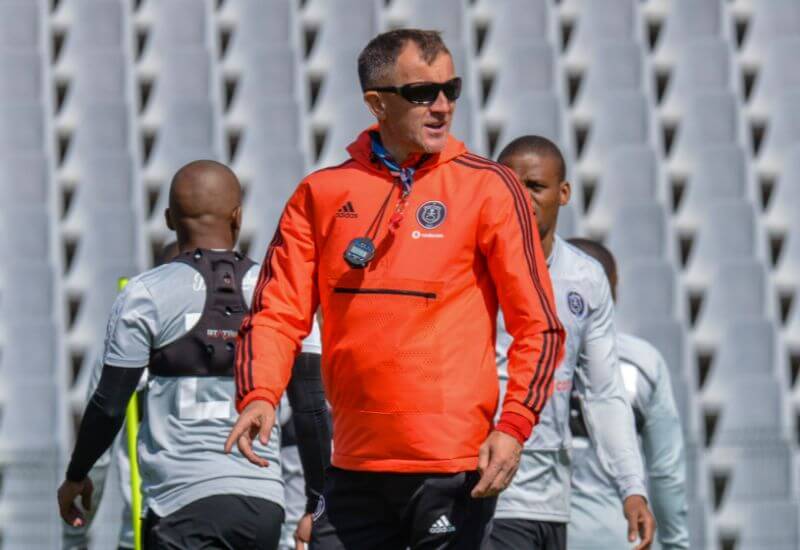 Orlando Pirates are off to Bloemfontein this weekend where they will face a Bloemfontein Celtic side brimming with confidence following their positive start to the 2018/19 season.

Phunya Sele Sele have a 100 percent record in the league so far, having won two of their opening matches of the season.

The Buccaneers will need to prove that they have overcome the disappointing defeat they suffered at home at the hands of Bidvest Wits at the weekend, despite dominating most parts of the match. With that defeat, the Micho Sredojevic and Rhulani Mokwena led squad is left trailing log leaders by five points. Anything less than three points at the weekend would be a disaster for a side looking to improve on its 2nd place finish of last season.

The last meeting between the two sides saw the Sea Robbers secure a hard-fought 1-0 win courtesy of former Siwelele talisman Musa Nyatama. Pirates would go on to register a clean sweep over Celtic that season with a 2-1 win in the corresponding fixture. The significance of this season double was the fact that it was Bucs’ first over Celtic in ten years.

Even though Pirates dominated proceedings last season, this current Celtic squad will be no pushovers as they have shown so far this season.

The appointment of tactician Steve Khompela has been Celtic’s best signing of the season. Since his arrival the former Chiefs mentor has injected some much-needed confidence in a side that, of late, has had many much publicised off-the-field matters to deal with.

Celtic have already claimed the scalp of Golden Arrows and Chippa United this season, winning both encounters 2-0, and they have achieved this despite losing Deon Hotto. The winger was instrumental in both goals scored and assists for the team in the previous campaign.

This current Siwelele side relies more on the collective and not an individual, which could be the secret behind their success so far this season. The four goals they’ve scored has seen three different names on the scoresheet, and they’ve been very secure on the defensive end with two clean sheets.

If current form suggests a Celtic win on Sunday then what do the history books say? Orlandopiratesfc.com takes a look at the head-to-head clashes between the two sides.

Of the last ten seasons, Pirates and Celtic have played each other twenty times with Pirates winning eight times versus Celtic’s six. A total of 45 goals have been scored in the process with the Buccaneers netting 25 goals and Celtic 20. Despite their dominance in the head-to-head over Celtic, Pirates have struggled somewhat away from home.

Of the previous ten matches played in the City of Roses, Pirates have only registered one win – that coming last season with Nyatama scoring the only goal of the match. Outside of this match, Pirates have lost four times and drawn five.

Interestingly, this game seems to always produce goals. Of the last 18 league matches dating back to 2014, there has only been one goalless draw and that was in the 2016/17 season.