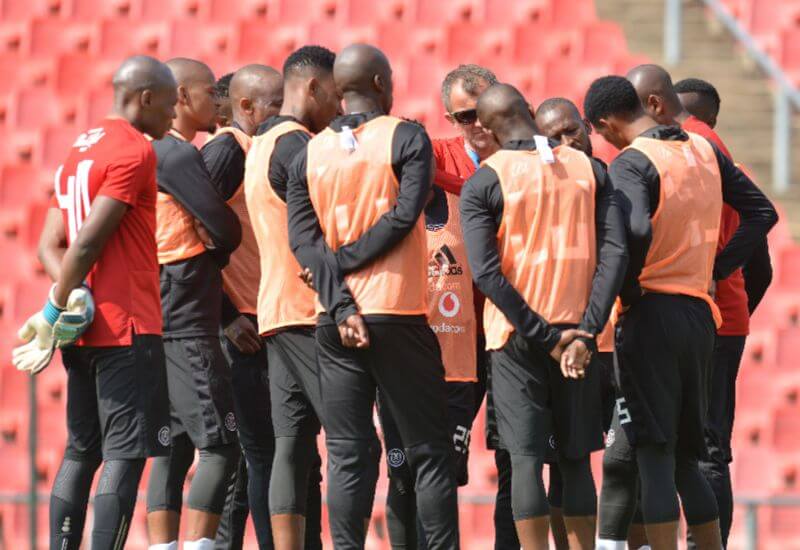 Orlando Pirates will travel to Port Elizabeth, looking to continue its stranglehold over Chippa United when the two sides meet in an Absa Premiership clash on Wednesday night.

The Mighty Buccaneers have an enviable record over the Chilli Boys. Of the previous seven league encounters, the Buccaneers have won six times, scoring sixteen goals and conceding only six.

Both clubs come into this encounter looking to register their first win of the season. The Buccaneers enter this clash on the back of a disappointing home draw with Highlands Park while Chippa United will look to bounce back from their humbling 2-0 defeat at the hands of Bloemfontein Celtic.

Playing away from home can be daunting for any side. For Orlando Pirates, they suffered more defeats away from home last season – losing four of their five matches on the road.

Whilst history has Orlando Pirates dominating the head-to-head statistics, upon closer scrutiny, the away match tomorrow is a potential banana skin for Micho Sredojevic and his men.

In the ten matches played against each other since 2012, Pirates have lost three times to the Chilli Boys and two of those have been away from home. The last Bucs defeat came in 2016, when a 2-0 scoreline courtesy of from Buyani Sali and Joseph Malongoane, were the undoing of the Soweto Giants.

Soccer lovers can embark on the journey to the Nelson Mandela Bay Stadium, expecting to see goals. As history already has it, apart from the first ever encounter between these two sides in 2012, there has never been a goalless draw. The last four games alone have produced a total of eleven goals – that is an average of 2.75 goals a game.

What do players like Sello Japhta, Mpho Mvelase, Donald Mokondolela, Mark Mayambela, Daine Klate, Thabo Rakhale, James Okwuosa and Thamsanqa Sangweni have in common? All eight players have once in their careers donned the famous black and white of Orlando Pirates.

It is a common phenomenon in football, where players come back to haunt their former employers, and these players are often motivated by the fact that they have a point to prove.

Fortunately for the visitors, it’s not only Chippa United who will have a point to prove on the night, because the Buccaneers also boast some former Chilli Boys in their arsenal who are raring to go.

Kick off for this mini reunion is scheduled for 19:30 on Wednesday night. Fans looking to attend this match can purchase their tickets from TicketPro. Adults can expect to pay R40 for general stand tickets while children under 12 will be charged R20.