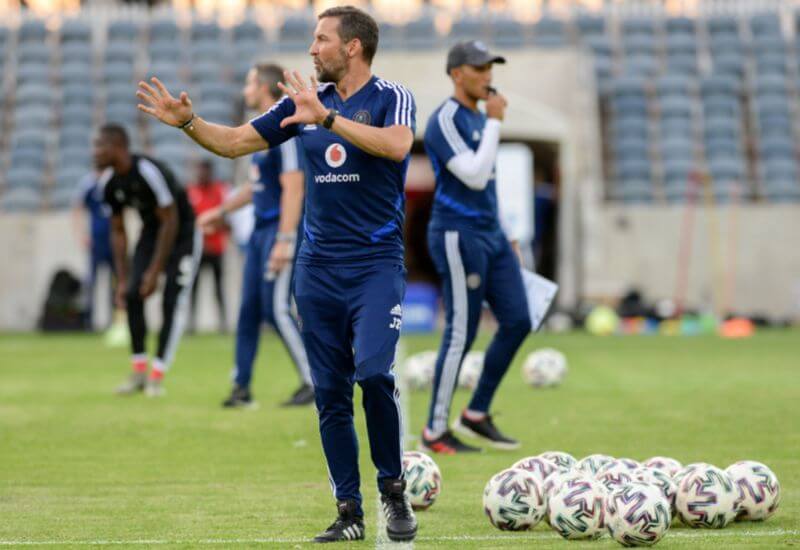 Orlando Pirates make a long trek down to Port Elizabeth, where they face the unpredictable Chippa United on Saturday evening, with kick-off scheduled for 18h00.

The Buccaneers are one of the form sides in the league currently, after completing their fourth straight victory over the weekend - narrowly beating AmaZulu at Orlando Stadium.

Having claimed three of their four wins at home, with their 4-1 away victory over Polokwane City the only exception, their next fixture on the road poses a different challenge.

The Chilli Boys may have registered just one win since the beginning of the year, but are a team on the up, after escaping the relegation zone.

Norman Mapeza’s men are unbeaten at home in their last five outings, and have claimed the big scalp of Supersport United, who visited Nelson Mandela Bay Stadium in their last fixture of 2019.

They have collected at least a point in each of their last three matches before the Pretoria side exacted revenge at Lucas Moripe Stadium last Saturday.

The defeat placed Chippa in 12th position in the standings, but they will be eager to bounce back and claim another crucial three points, which could propel them as high as the top half of the table.

The Buccaneers, on the other hand, will be looking to improve on a performance that saw them waste a number of opportunities to widen the winning margin against Usuthu.

Pirates have put passed at least three goals against three of their six opponents since the arrival of coach Josef Zinnbauer, and will look to rediscover their free-scoring ways after goals seemingly deserted them in their clash against AmaZulu, where Vincent Pule’s sole strike proved to be the difference.

Chippa United started life in the top-flight as somewhat of a hoodoo team for Orlando Pirates, beating them twice in three encounters before the Soweto Giants claimed their first victory over them.

However, since then the Buccaneers have ruled the fixture, suffering a single defeat while claiming 10 victories in the next 11 league matches.

The Chilli Boys last beat Pirates on the final day of the 2015/16 season, and have since suffered eight straight defeats, including one in last season’s Telkom Knockout.

William Twala: Orlando Pirates youth product William Twala has been the shining light in a Chippa side that has struggled in front of goal this season. With four goals, the 29-year-old is the club’s leading goal-scorer while mainly operating out wide. He will be eager to prove a point against a side he represented for almost half a decade.