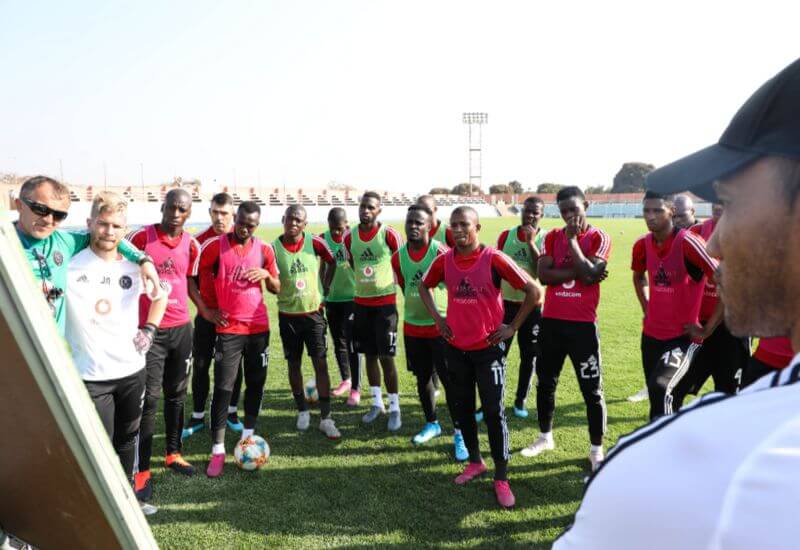 While the ABSA Premiership heads into its second week, Orlando Pirates have dusted off their passports to travel to Zambia and take on Green Eagles in the preliminary round of the CAF Champions League on Saturday at the Nkoloma Stadium in Lusaka.

The return leg will take place at Orlando Stadium on August 23, 2019.

The match marks a second consecutive appearance in the competition for the Buccaneers, who made it to the group stage last season before narrowly missing out on the knockout round.

On that occasion, Orlando Pirates suffered defeat in the hands of Equatorial Guinea outfit Horoya AC in their final group match, with Justin Shonga netting a late consolation goal in a 2 - 1 loss, when three points would have seen them through.

That painful memory will be neatly tucked away, as the Club now faces a fresh new challenge in the form of Green Eagles who, like the Buccaneers, finished as runners-up in their domestic league.

Despite this being their maiden appearance in the Champions League, the Zambian outfit is not to be underestimated after losing just twice in the round-robin stage of the Zambian Super League.

Micho’s men will be looking to continue with the momentum from an impressive 3 - 1 win in their last outing against Bloemfontein Celtic last Saturday, which came on the back of a solid showing during the off season.

Should Orlando Pirates prevail over Green Eagles after the return leg on August 23 at Orlando Stadium, they stand to face one of Angola's 1° de Agosto and KMKM from Zanzibar in the second preliminary round of the CAF Champions League.