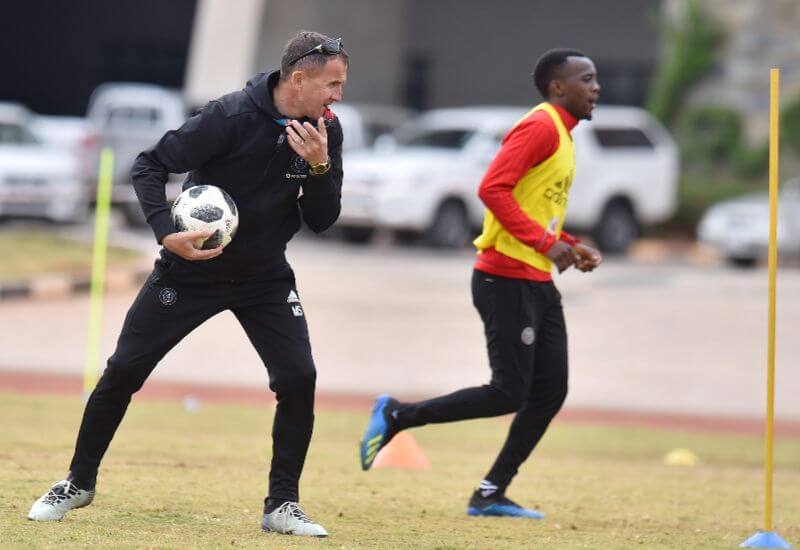 The marathon which is the league season begins in earnest this weekend with Orlando Pirates kicking off its own 2018/19 campaign against newly promoted Highlands Park on Saturday evening.

The Buccaneers will be looking to get their season off to a winning start but head coach Micho Sredojevic and his charges will have their work cut out for them as they face a Highlands Park side that blew all before them in the National First Division last season.

The Gauteng based outfit which is coached by Owen Da Gama gained promotion to the Premiership with an impressive 19-point margin.

Both teams have been very active in the off season to bolster their respective squads ahead of the start of what will be a gruelling season.

The Buccaneers have recruited nine new players for the season while the Lions of the North bettered that by three with their recent announcement of twelve new signings which includes the experienced Bevan Fransman from Maritzburg United.

Although the name Highlands Park has been around for decades, the Larry Brookstone owned version has been in existence since 2003.

Pirates and this Highlands Park have met only twice in the Absa Premiership and both encounters have not produced a winner.

Pirates have been dealt an early season injury blow with Thabo Qalinge and Thembinkosi Lorch expected to miss the opener due to injury. The influential duo picked up knocks in Pirates’ preseason matches in Cape Town against Cape Town City and Stellenbosch respectively.

In terms of bookings, both teams will be without at least a player each with Abel Mabaso and Mothobi Mvalaserving their respective suspensions. Mabaso is serving a two-match suspension after being red carded in the final match of the season for Chippa United. The same applies to Mvala.